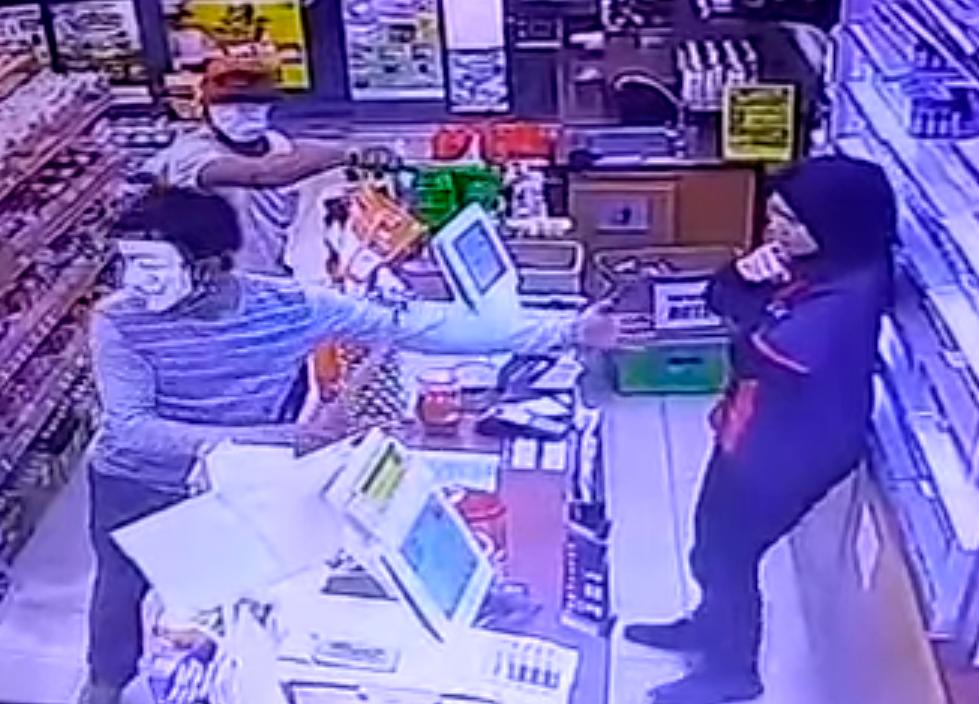 Screenshot of the incident.

IPOH: Police are hunting down two men believed to have robbed a 24-hour convenience store at Waterfront Commercial in Sungai Siput near here last Thursday.

“Preliminary investigations revealed the two suspects aged between 20 and 30 years, wore Halloween masks while brandishing a machete and making off with several packets of cigarettes from the cashier counter,“ he said when contacted by Bernama last night.

He said at the time of the incident, a female staff was manning the counter while another worker was in the toilet.

He said the two suspects were believed to have fled on a motorcycle with cigarettes worth RM2,000.

Mohd Khaizam said the case was being investigated under Section 395/397 of the Penal Code for armed and gang robbery.

A 37-second closed-circuit television footage, showing the two masked men robbing the convenience store while threatening a cashier with a machete, made its rounds on social media in the past few days. — Bernama

Below is the video of the incident: Government to lower delivery rider age limit from 21 to 18