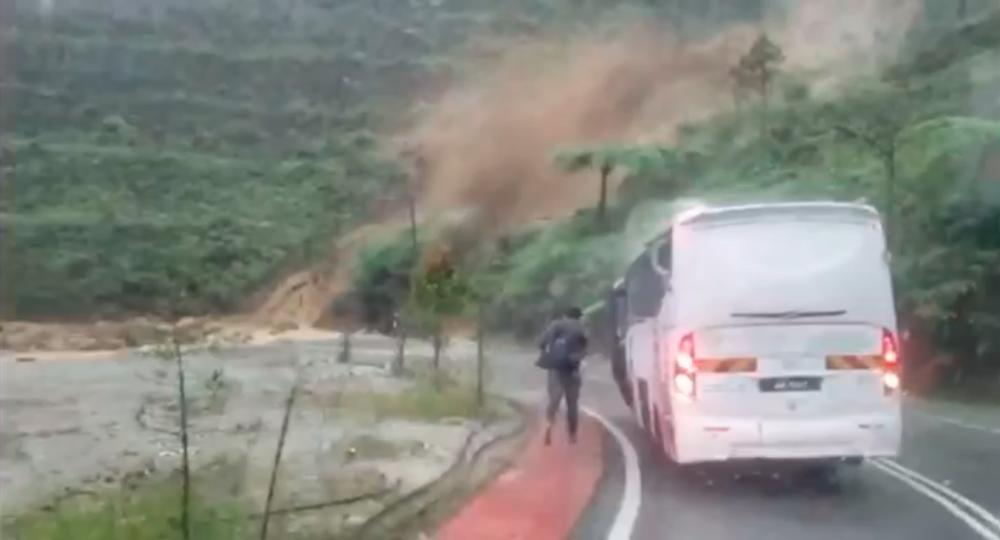 KUANTAN: A landslide occurred at Jalan Genting-Amber Court in Genting Highlands near here, around 5.40pm today, according to the Pahang Director of the Malaysian Fire and Rescue Department (JBPM) Nor Hisham Mohammad.

However, he said there were no casualties reported in the incident so far that occurred near the exhibition hall of a real estate company there.

“The landslide caused the route to an apartment building there to be completely closed by earth which was being cleared currently.

“However, the route affected was not the main route to the highland tourist resort, on the other hand, it is the road to the other areas in Genting Highlands,” he said when contacted by Bernama, here today.

Nor Hisham said that besides the Fire and Rescue Department, clearing works were also assisted by contractors doing works on the highlands. — Bernama Get Up, Get Moving and #DoTheLifebuoyFresh

5.Get Up, Get Moving and #DoTheLifebuoyFresh