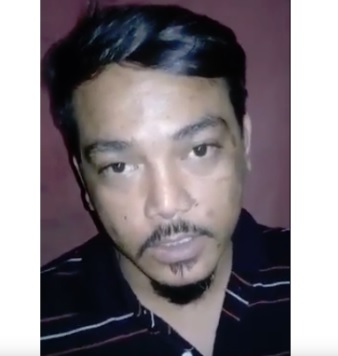 KUALA LUMPUR: Kepong MP Lim Lip Eng has offered to help Mohamad Edi Mohamad Rias, also popularly known as ‘Edi Rejang,‘ with lawyers and to also to arrange a meet between him and the Carlsberg promoter he had publicly berated.

Lim said that DAP will provide lawyers to accompany Edi when he is called up by the police to give his statement.

“It is on record that he apologised unreservedly and we will help him lawyers when he goes in for questioning at the Ampang Jaya IPD,” he added.

Earlier Edi, in a video that was posted on Lim’s Facebook account, had told Lim that he would like to meet the young woman he insulted and apologise to her in person as he regretted his actions and admitted that he had acted emotionally.

“You want to apologise to her. I don’t know if her side will accept your apology. But I will try and help you contact her and hear her side,” Lim said to Edi in the video.

In the video, Edi apologised again and claimed that he regretted his actions and stated that he was not a racist.

“I would like to apologise to all Indians, Chinese and Malays. Whoever has seen this video please forgive me because I have learned my lesson.

“I asked for help from YB Lim because I’m not racist or anti-Chinese. At that time I wrote my status that was derogatory and vulgar towards the promoter, but that was spontaneous.

“I didn’t have the intention of being racist. All races have a right in this country.

“It is my fault, I went into that area (non-halal section),” he said.

Lim then asked him what his intention was for going to that section to berate the promoter.

“I saw her giving out beer samples but it was the non-halal section, I didn’t examine the area, so I got angry and started filming my exchange with her to make it viral. In my actions, the consequences did not cross my mind,” he responded.

“I have Chinese friends, my children go to Chinese schools. Maybe my reactions to that was because I was stressed from work and got too emotional,” he said.

There was public outrage after “Edi Rejang” posted a video of himself confronting the promoter at the Giant hypermarket in Ampang Point this week.

In the incident, the promoter remained calm even though the shopper scolded her and demanded to know if she was promoting the beer to “everyone”, including Muslims.

As the promoter was about to defend herself in English, he criticised her and insisted that she speak in Bahasa Melayu because this is “Bumi Melayu”.

The man then made an obscene hand gesture and spouted vulgarities at her before walking away.

However, other internet users took the issue further and shared the man’s personal details on social media, including his workplace, as well as pictures of his wife and daughter.

Police will be calling up Edi to record his statements.