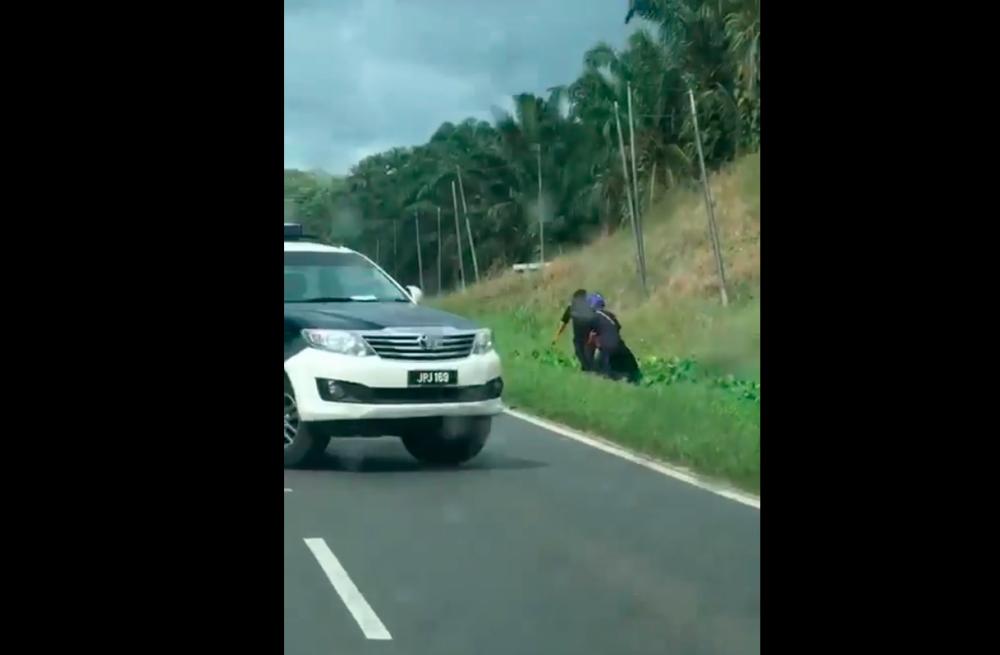 LAHAD DATU: Police have urged the witness who recorded a video of two Road Transport Department (JPJ) enforcement officers allegedly roughing up a motorcyclist here to come forward to help in investigations.

“In the incident at about 10.30am yesterday at KM23 Jalan Lahad Datu-Sandakan, the witness is believed to have recorded a 45-second video clip showing two JPJ officers assaulting the motorcyclist by kicking him,“ he said in a statement here yesterday.

The 20-year-old motorcyclist was caught by the JPJ officers after he crashed into them while trying to evade a roadblock.

The video recording of the incident has since gone viral on social media. — Bernama

1.Six issued compound of RM5,000 each for crossing state border for holiday to Pulau Redang