(Video) Plastic waste from Wales ends up in Malaysia 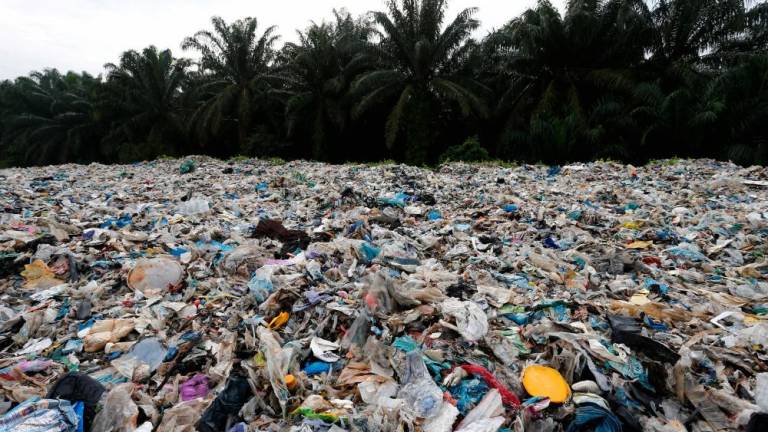 PETALING JAYA: Plastic waste from Wales has been found discarded in a 20ft high mountain of rubbish in an undisclosed part of Malaysia, according to a BBC documentary.

The documentary featuring celebrity chef and television personality Hugh Fearnley-Whittingstall said the plastic items have been dumped and left on what should be a beautiful and natural area.

Fearnley-Whittingstall was filming alongside Anita Rani for the BBC documentary about the amount of plastic discarded by Wales.

It said some of that waste was from a Welsh county called Rhondda Cynon Taff after a recycling bag bearing the name of the council was found among the rubbish.

Millions of tonnes of plastic packaging are used by British homes and businesses every year, according to the UK Government. A large proportion of this is then sent to other countries, Wales Online reported yesterday.

Plastic packaging from the UK was sent to China until a ban was imposed in 2018. Malaysia now receives the most, importing more than 100,000 tonnes of plastic from Britain between October 2017 and November 2018, it said.

“Through the work of this programme the council was made aware that a Rhondda Cynon Taf recycling bag had been identified at a site in Malaysia,” the portal quoted a spokesperson for Rhondda Cynon Taf Council as saying.

“To recycle material for future use, in a way all residents would want to see, the council sets in place contractual arrangements to process recyclable material.

“Despite the council utilising the correct contractual procedures, with accredited recycling processors, this unacceptable discovery has occurred. The council is as concerned and disappointed as residents will be by this discovery.”

The spokesperson said the council has conducted a full investigation with the accredited company concerned.

“On the basis of these investigations, we can confirm that only a small proportion, less than 3%, of Rhondda Cynon Taff waste was exported. We are therefore able to reassure residents that their positive recycling efforts are not in vain.

“As a council we believe the work of this programme highlights the need for the UK Government to provide stronger regulation of this industry, to ensure that waste and recyclable materials are unable to be disposed in this way internationally,” the spokesperson added.

3.All private kindergartens registered with MOE can resume operations: MOE