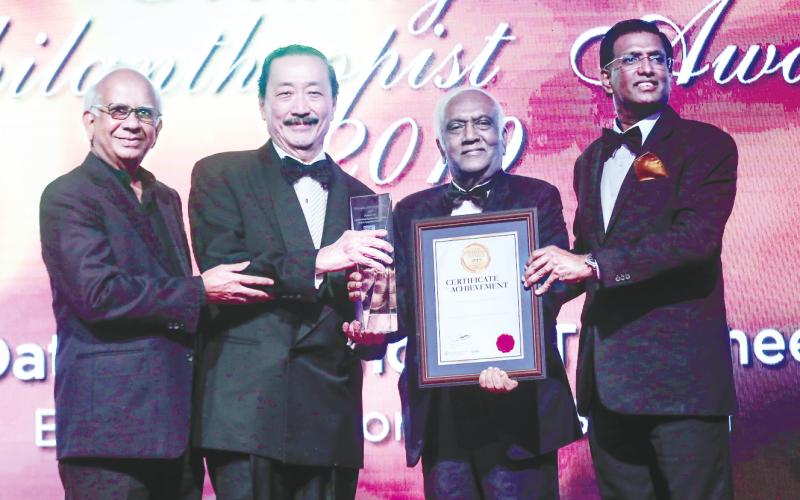 Perdana Awards organising chairman Mathuraiveran Marimuthu, who is also Malaysian Indian Entrepreneurs Cooperative (MIEC) chairman, said Tan was given the award for his many charitable deeds and for having gone above and beyond for charity.

“He has helped in the Tzu Chi Foundation, he has also donated to several Hindu temples, Muslims, Christians, everybody. He is truly a Malaysian and worthy of this award,” he told theSun at the awards ceremony on Saturday.

He said since the Perdana Awards began in 2005, it has grown from a small awards ceremony to the big branded event that it is today.

“We started very humbly in 2005, it was like a tea party in a very small hall. Today we are a brand and we have established the Perdana Awards as a brand, it is becoming widely accepted and widely recognised,” he said.