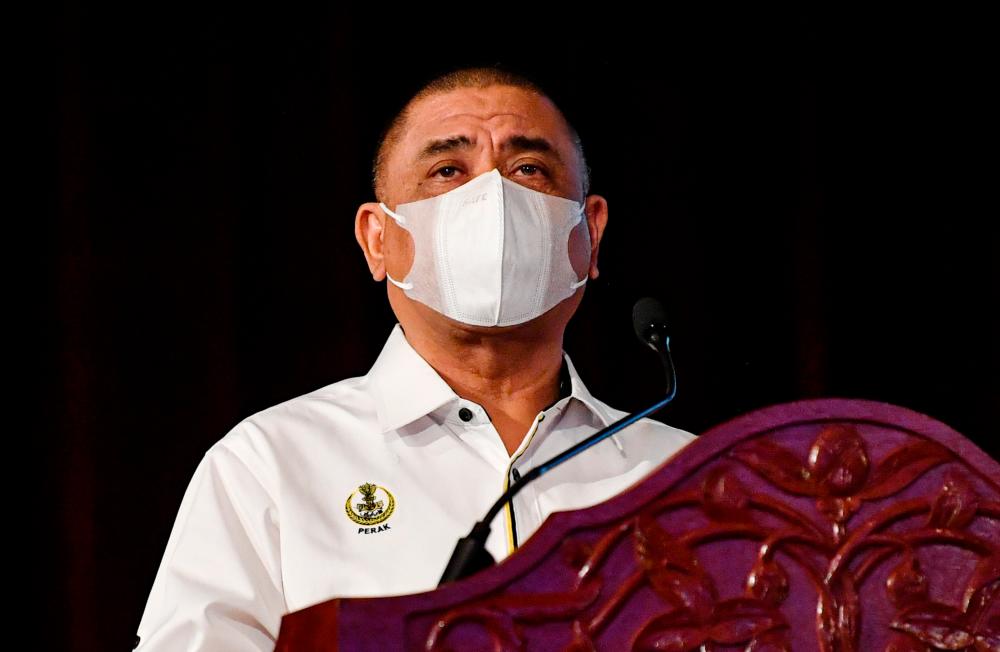 He said this was confirmed after bringing up the matter, which has gone viral over the past few days, with the Perak Department of Orang Asli Development (Jakoa) director Harulnizam Abd Rahman this morning.

“I received the same message through the WhatsApp application, claiming that 250 Orang Asli in Gopeng, who had tested positive for Covid-19, had fled into the jungle. This morning the village head’s office said six people have died, including the Tok Batin, while some even told their children not to bathe in the river because the Orang Asli bathed in the upper reaches of the river.

“But after checking with the Jakoa director, I was told that it is fake news,” Saarani told reporters when met at the site of the road cracks along Federal Route 185, Section 43.9, Jalan Simpang Pulai-Blue Valley here heading towards Cameron Highlands.

He added that the Perak government would, through the Covid-19 Vaccination Outreach Programme, ensure that the Orang Asli community are vaccinated, including those in the interiors.

Meanwhile, another video clip, which has also gone viral on social media, showing the burial of Covid-19 victims in the Orang Asli village in Ulu Geroh, Gopeng, near here, has been described as a normal process that was carried out by the Health Ministry (MOH) and Malaysian Civil Defence Force.

State Health, Science, Environment and Green Technology Committee chairman Mohd Akmal Kamarudin said the management of the funeral through the river route was due to the location of the cemetery being located across the river from the Orang Asli village.

He said that the Orang Asli community in Ulu Geroh, which had been placed under the Enhanced Movement Control Order (EMCO), had cooperated well with the frontliners and those who tested positive had been sent to the Covid-19 Quarantine and Low-Risk Treatment Centre in Sungkai.

On another matter, Saarani, when asked about the issue of the Istana Raja Muda (Raja Muda Palace) in Jalan Syed Abu Bakar, Teluk Intan, which was reported to have been sold through open tender, said he would discuss the matter at the state executive council (exco) meeting on Wednesday (Sept 22), as “I feel that it was the exco’s decision that was made last year”.

He said the discussion would be held following several objections and views, including reports stating that there were several more historic areas that needed to be preserved and which needed to be discussed again.

Local newspapers reported that the nearly 2-hectare lot of the Istana Raja Muda, which had been sold through open tender for commercial and mixed development projects, had shocked various parties as it was considered a historical heritage of the Perak Sultanate and should be maintained and preserved. — Bernama

4.Six vehicles trying to cross Perak border at Gerik ordered to turn back