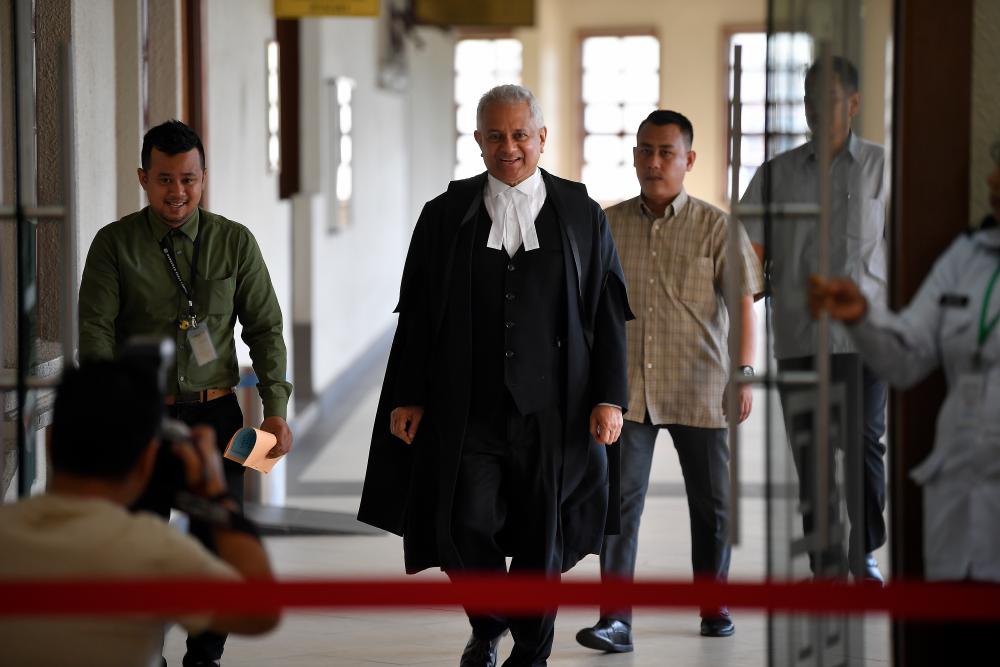 The team, led by Hisyam Teh Poh Teik said in a statement yesterday that the case was still being heard at the Shah Alam High Court and any comments could contain elements of sub-judice.

“Prosecutorial discretion or indiscretion and constraints and defects in investigation are the issues being heard.

Local media outlets reported that Tommy Thomas said that the investigation papers relating to the VLN case did not contain ‘micro information’ needed to charge other individuals besides the former deputy prime minister.

Ahmad Zahid is currently facing 33 charges of receiving bribes totalling SG$13.56 million from UKSB for himself as Home Minister to extend the contract of the company as the operator of OSC service in China and the supply VLN system as well as to maintain the contract agreement to supply the VLN integrated system to the same company by the Home Ministry.

On June 16, the former deputy prime minister pleaded not guilty to one amended corruption charge related to the VLN system. — Bernama