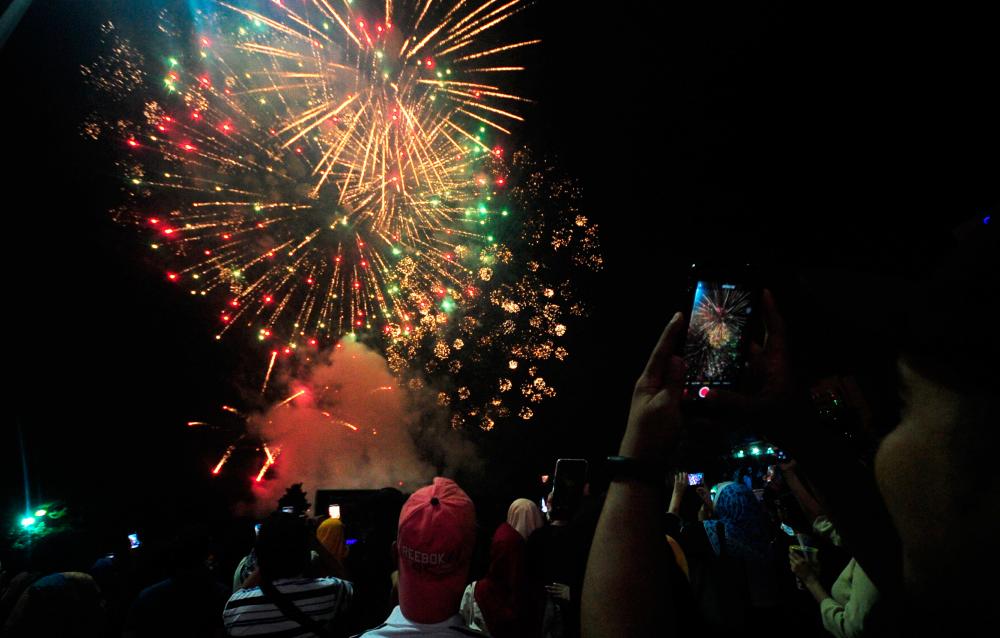 KUALA LUMPUR: The launch of Visit Malaysia Year 2020 (VM2020) opens the country’s tourism calendar with the target to attract 30 million international tourists and generate revenue for the nation.

With the target of RM100 billion income from the country’s tourism industry, various programmes have been planned to draw tourists from the main international market such as China, Japan and United Kingdom.

Held with much festivities, the launching of VM2020 by Prime Minister Tun Dr Mahathir Mohamad at the start of the new year 2020 at Dataran Merdeka, was also held in several states.

IN KELANTAN, the VM2020 launching was held at Sungai Golok (Southern Thailand), which is a gateway at the Malaysian-Thai border.

The event was celebrated by about 2,000 residents who lived near the border of the two countries as they flooded the festival site at Dewan Bandaran in Sungai Golok to witness Mega Launch Visit Malaysia 2020 by Narrathiwat Governor Ekkrat Leesen. Also present was Kelantan Tourism Arts and Culture Ministry branch director Mohd Aidil Afizi Daud and tourism practitioners from the two countries.

When met by reporters, Ekkrat said the Thai government will also promote Malaysia to its people.

“We are always cooperating on the matter and is confident Malaysia will not be foreign to us when we visit the neighbouring country,” he said.

“ Visitors from Thailand to Malaysia would return home with sweet memories,” he said.

The launching ceremony was enlivened with cultural presentations from the two countries as well as a firework display.

IN PAHANG, thousands of people gathered at the Mini Zoo in Taman Teruntum, Kuantan to welcome the new year simultaneously with the launch of Nite Zoo and Pahang level VM2020.

State Local Government and Housing Committee chairman Abd Rahim Muda reminded the people in the state to make VM2020 a success and to look after the cleanliness of their surroundings for tourists.

“Obviously, when we visit a new place, we would also look at the cleanliness of the site. A pleasant environment would help to win the hearts of our visitors.

“The Nite Zoo which will operate on every weekend, will be a new attraction here as it is near the popular Teluk Cempedak beach,” he said here today.

It was officiated by State Tourism, Heritage and Culture Committee chairman Datuk Muhammad Jailani Khamis, and visitors were entertained with cultural dances, fireworks and a countdown to the new year 2020.

The state government also launched the 2020 Annual Calendar of Events for Malacca.

IN JOHOR, the 2020 new year celebration was attended by more than 5,000 people who flooded Dataran Marina Harbour in Iskandar Puteri here.

The celebration began with cultural presentations and a mini concert by local artistes such as Joe Filzzow, DJ Dave, Bunga Isme, The Couple Band dan Orkes A Hizadin from 9pm and ended with a firework display.

The event, organised by the state government and Tourism Johor was attended by Mentri Besar Datuk Dr Sahruddin Jamal who received a gambus replica as a gimmick for launching of VM2020 and Visit Johor Year 2020.

Yeoh in his speech said Penang is among the best holiday destinations in Asia and the government would focus on its unique culture, heritage, food and beautiful beaches.

IN TERENGGANU, Mega Visit Malaysia was launched as a symbol of support by the state government for VM2020.

Apart from introducing new products of Terengganu, the event was also enlivened with the presence of Terengganu icons, among them Terengganu FC players and the Terengganu Cycling Team (TSG). — Bernama