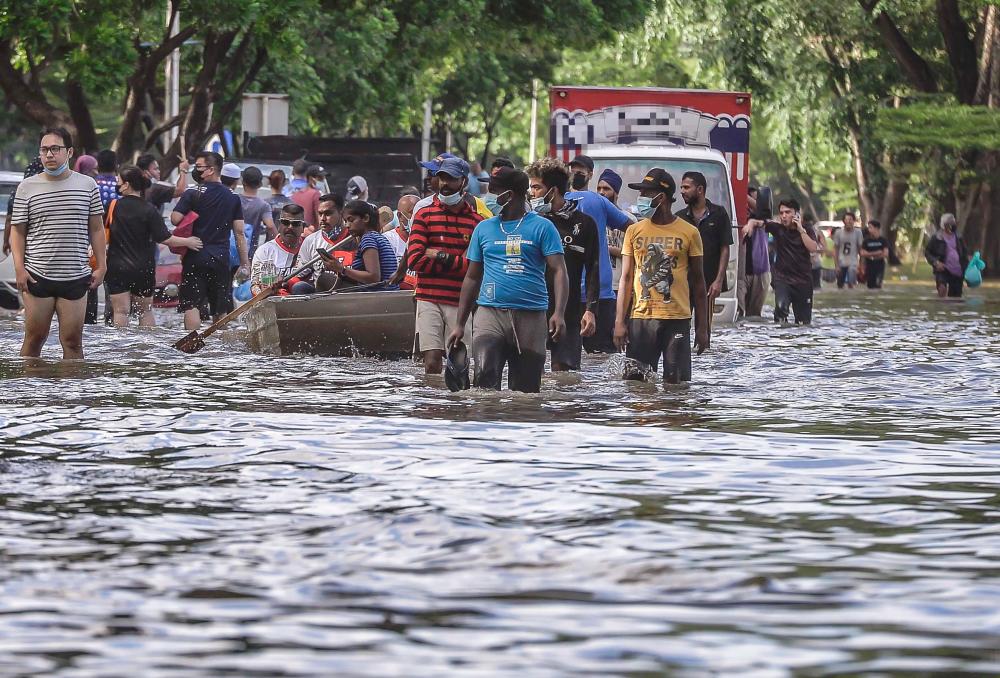 According to a report in the United Kingdom’s The Guardian newspaper, voluntourism was a growing industry before the pandemic, with 10 million volunteers helping in disaster areas abroad annually. In 2019 alone, voluntourists spent about RM6.7 billion on their various trips.

“I was a minister under the Prime Minister’s Office for nine years. I handled disaster management there, and my last position was as tourism minister for five years between 2013 and 2018,” he told theSun.

Nazri said voluntourism is recognised globally and it is nothing new. It involves all sorts of disasters.

“Monsoon is a seasonal disaster in Malaysia. It occurs during the beginning and end of the year and is unavoidable. We have to live with it.

“And instead of complaining about the clean-up works after each disaster, the authorities should find ways to help victims. Voluntourism is a great idea to achieve this.

“The 2020-2021 floods in Kuala Lumpur saw many youths come out to volunteer. Sometimes, the authorities consider them a nuisance. But I feel the Tourism Ministry, Welfare Department and the National Disaster Management Agency (Nadma) must coordinate them to help make their volunteer efforts worthwhile.”

Suggesting that the Tourism Ministry coordinate with Nadma to provide accommodation and transport for volunteers, he said: “Volunteers usually stay in a disaster area for at least a week. The next monsoon season is six months away, so the authorities should start planning now.”

Nazri added that his suggestion for promoting voluntourism in disaster areas was to get additional hands to help with clean-up operations, while simultaneously reviving the local economy through their expenditure on accommodation and meals.

“These places (homestay and hotels) can be used as temporary operations centres for volunteers. They just need to register, and the authorities can act as a one-stop centre for information on volunteers and victims.”

Nazri said Nadma should be the authority to coordinate the arrangements, but the body must also work with other ministries and departments.

“People trust volunteers more than the authorities. So stop bureaucracy and let volunteers help. Don’t treat them as a nuisance.”

Kembara Kitchen founder William Cheah said it is possible to carry out voluntourism.

“It is actually what I am trying to do in Semporna, Sabah. But you can’t have what Nazri is suggesting in disaster zones.”

With more than 10 years’ experience volunteering in disaster areas and setting up field kitchens to help provide food for rescuers and victims, Cheah said preparation and post-disaster voluntourism is possible.

“I have been through it all. It is just very difficult to coordinate with the authorities involved in disaster management.

“It would be great if someone can pull it off, but I don’t see it happening anytime soon.”