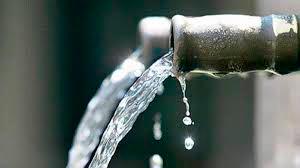 KUALA LUMPUR: The Malaysian Water Endowment Fund (Wakaf Air) is just a temporary initiative introduced by the government as an alternative source of financing for water service projects before a permanent water supply management is developed in rural areas.

As such, he said the move by his ministry, in collaboration with Yayasan Waqaf Malaysia (YWM) would help people in the rural areas to get filtered water supply through funding from Wakaf Air.

“It is the government’s responsibility and it (water management system) will be developed. The ministry has received a list of locations in the rural areas that are in need of the initiative, but it has yet to be finalised.

“The rural areas will also be supplied with water by state water operators,” he told Bernama after appearing as a guest on Bernama Radio’s Jendela Fikir programme today.

Earlier, he reminded the public to exercise caution and not to be easily deceived by individuals who claim to be Wakaf Air agents.

He said that, until now, the ministry has never appointed any agent to collect donations and the public can only contribute online through YWM’s website.

“We are looking at ways to make it easier for the people to contribute, such as through official agencies, but the matter is still under discussion,” he said. -Bernama