Wang Kelian RCI: Customs had prior knowledge of camps, but did not react due to insufficient leads 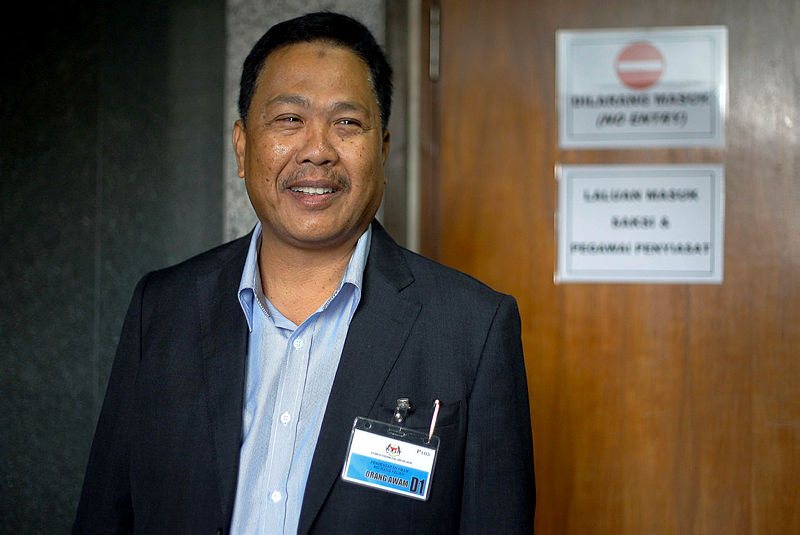 Former Perlis Customs director Datuk Mohd Pudzi Man, on the 10th day of the Wang Kelian RCI, on May 15, 2019. — Bernama

PUTRAJAYA: The Customs Department had prior information of the existence of human trafficking camps in Wang Kelian, Perlis before it was first discovered in January 2015, but could not act due to insufficient leads.

Then Perlis Customs director Datuk Mohd Pudzi Man said its intelligence team, together with other agencies in the Anti-Smuggling Unit (UPP), had received information that there were vehicles entering the Wang Kelian area to transport illegal immigrants.

However, he decided then that it was not worth pursuing the case as the information gathered were too ambiguous.

“I had pushed my officers to collect more intelligence on Wang Kelian.

“We did receive information, about how it was possible for the vehicles to ferry the illegal immigrants, but it was very vague,” he told the Royal Commission of Inquiry (RCI) into the discovery of human trafficking camps and mass graves in Wang Kelian, here, today.

“We were afraid if we conducted a raid, there wouldn’t be a case,” he added.

Mohd Pudzi, who is the 29th witness in the inquiry, was responding to questions from the panel on whether the UPP or Customs had any knowledge of the camps before its initial discovery by the police in January 2015.

Other than the Customs Department, the UPP also comprised the police and Immigration Department. It has since been rebranded as the Malaysian Border Security Agency (MBSA).

According to Mohd Pudzi, during his time helming the state Customs Department from 2011 to 2016, his department had a tough time obtaining information on the entry of illegal immigrants into the country.

He said this was unlike intelligence gathered on the smuggling of goods, including drugs and firecrackers.

“When I was the director in Perlis, I found that it was really difficult to collect intelligence on the smuggling of migrants. Usually, we received such information from the public. This is however different from the smuggling of other items,” he said.

Mohd Pudzi said he only found out the extent of the Wang Kelian case when it was reported in the media in May 2015.

“I never expected the situation to be as big as it was, because prior to this, cases we had involving illegal immigrants were mostly small scale. So when the news emerged (about Wang Kelian), it came as a shock,” he said.