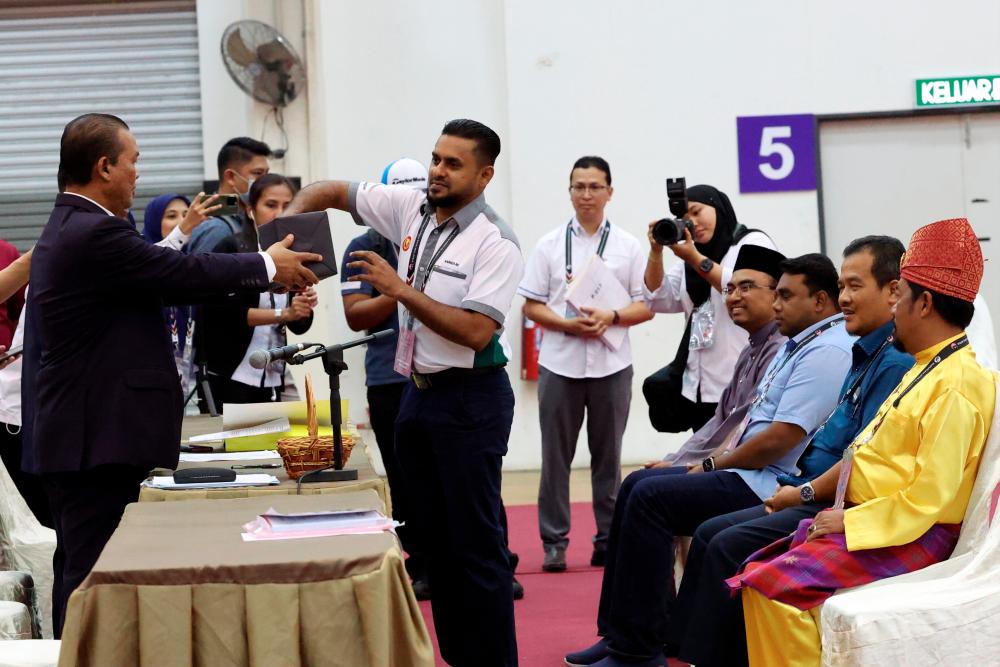 KULIM: Mohd Bakhri Hashim of Warisan is still considered a candidate for the Padang Serai parliamentary seat in the 15th General Election (GE15) although he had announced his withdrawal, said returning officer Datuk Abdul Bari Abdullah.

He said according to Election Commission (EC) regulations, a candidate cannot withdraw once his nomination was accepted.

“I was not informed today (on Warisan’s withdrawal).

“We have sent the list of confirmed candidates for the printing of ballot papers after the completion of the nomination process this morning. Even if a candidate withdraws, his name will still appear on the ballot papers,” he said when contacted.

Warisan secretary-general Datuk Loretto Padua Jr said in a statement that the party had decided to pull out of the Padang Serai contest and had informed EC of this.

Mohd Bakhri did not attend the ceremony for drawing lots to determine the order of candidates’ names on the ballot papers yesterday.

The Padang Serai poll was postponed due to the death of Pakatan Harapan (PH) candidate M. Karupaiya on Nov 16 after his nomination had been accepted earlier. 4.DPM Fadilah clocks in for duty as Plantation and Commodities Minister