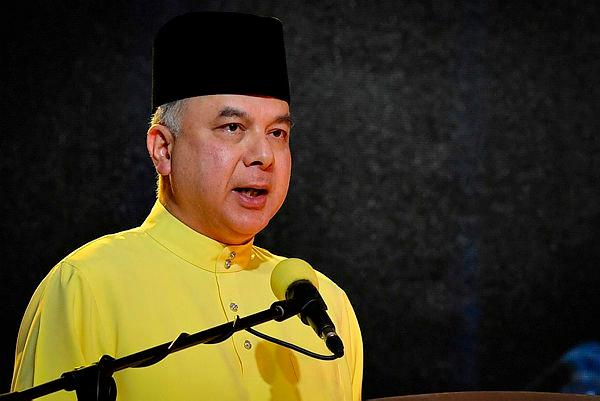 SHAH ALAM: Corruption is one of the causes for the people being denied service delivery access, uneven distribution of wealth and leakages of the nation’s resources, said the Sultan of Perak Sultan Nazrin Shah.

He said corruption also resulted in unsustainable development, and environmental pollution, as well as identified as one of the main causes of economic stagnation, loss of foreign investor interest and confidence, increase in administrative and business costs and contributed to political instability,

“Many countries are blessed by divine blessings with various sources of wealth, but because of corruption, some are trapped and locked into backwardness, under-development and poverty,” he said at the launch of the book “Korupsi dan Kemunafikan dalam Politik Melayu; Perlunya Disegerakan Transformasi Moral Etika” by Professor Emeritus Tan Sri Dr Mohd Kamal Hassan here today.

Describing corruption as a disease within the society, Sultan Nazrin said it spread little by little, enervating an organisational organ one by one until it became paralysed, if allowed to further spread without immediate treatment.

He said out of the 180 countries that had been evaluated by Transparency International, Malaysia fell from the 57th position, earning a score of 52 in 2020, to 62nd place with a score of 48 in 2021, and now been grouped with two-thirds of the countries that earned a score below 50.

“Therefore, we cannot take it lightly, be complacent, and choose to be in denial, conceiving all kinds of justification in order to deny the existence of the corruption ‘elephant’ that is vividly clear happening in front of our eyes.

”An honest assessment of corruption should be mandatory, done sincerely and based on facts as proof that we are truly serious in eliminating corruption.

“We are obligated to be bold in acknowledging the ongoing reality of corruption that has reached a critical and dangerous level based on the repeated warnings as contained in the Auditor-General’s Report and various findings by the Public Accounts Committee,” he said.

Sultan Nazrin said the number of complaints reported to the Malaysian Anti-Corruption Commission (MACC), the exposures contained in the “surat layang” (anonymous letters penned by whistleblowers), media reports and issues publicised on social media should be thought of as an indicator of the rampant culture of corruption that was happening now.

“In fact, even the potholes on the roads, clogged drains, collapsed buildings, leaked roofs, environmental degradation, illegal land occupation, poorly managed parks, all of which have their own distinctive languages that communicate the message concerning the standard and state of governance today,” he said.

Sultan Nazrin said the devil chose to lead people astray through the instruments of deception in the form of material rewards and worldly power.

“Today, more and more people have and continue to be led astray by such deception, and unknowingly, shamelessly, without worrying about the possibility of slipping into ‘syirik’ (idolatry), ready to enslave themselves, pawn their principles and sell their dignity and self-respect to other humans for money, power, rank and position,” he said, adding that sources of power obtained through corruption are not guaranteed to be accompanied by loyalty.

He said the true nature of a person would be revealed when he or she is given a position or power.

Sultan Nazrin said that with the harm that had hit the country due to corruption, there was a need for more “murabbi” (educators) to come forward to educate and nurture spiritual and moral awareness.