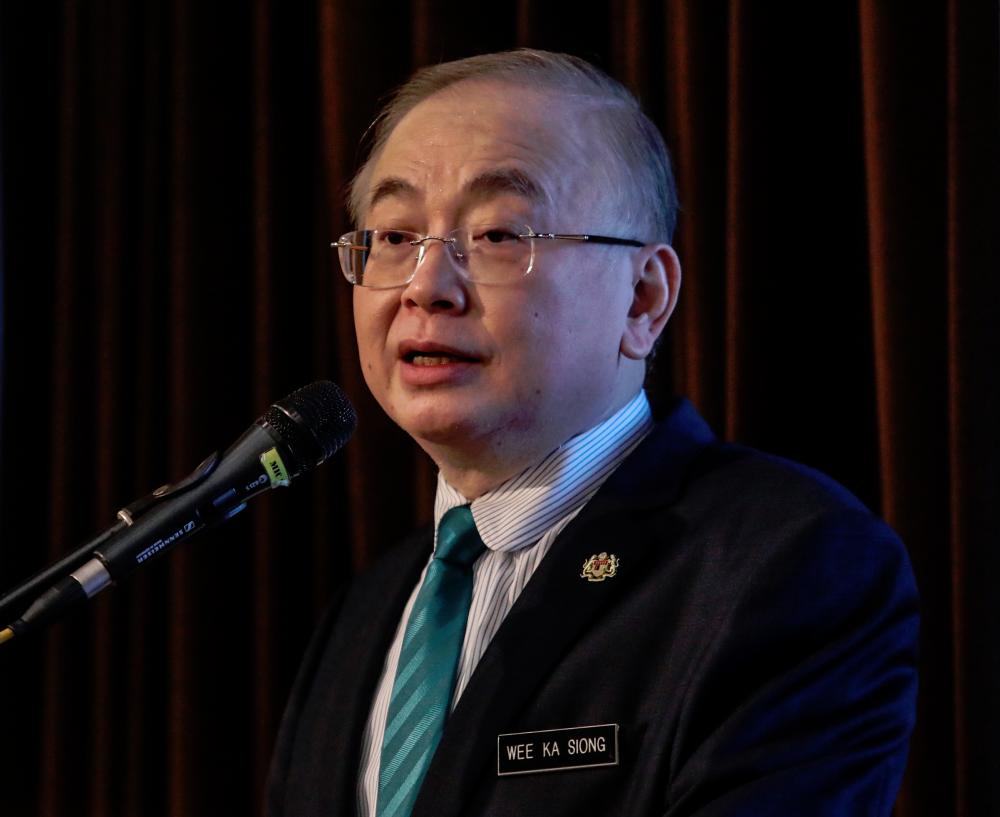 PETALING JAYA: MCA has denied allegations of betraying Barisan Nasional’s (BN) ideals through criticism of the party when chastising Umno’s behaviour and its president Datuk Seri Ahmad Zahid Hamidi, during the 15th General Elections, searching for a new government.

MCA president Datuk Seri Wee Ka Siong (pic) said that Barisan Nasional’s actions were in line with the BN copybook and its resolve in collaborating with the opposition, The Malaysian Insight reported.

The same however, cannot be said of BN’s leading party Umno, Wee said.

He pointed out that Umno had abandoned the coalition’s two important principles, consultation and consensus in deciding to back Pakatan Harapan (PH) or Perikatan Nasional (PN) when neither of them held the simple majority needed to form the government during GE15.

Wee pointed out that Umno was deciding the party’s fate without consulting its partners first.

“They were busy making connections and forging new political alliances. We (MCA) saw the political developments but decided not to interfere and put a stop to it.

“Umno found a new partner (in long-time rival PH), and the loyalty of BN member parties is suddenly questioned,” he said.

Wee clarified that MCA remains unwavering in their loyalties to BN and during future elections saying: “we, as a BN party, will still be using the BN logo”.

“We have never betrayed this coalition,” Wee clarified when addressing questions on Zahid’s revealing 10 MPs who supported Bersatu president Tan Sri Muhyiddin Yassin to being the prime minister without his consent at the recent Umno general assembly.

On Nov 23 2022, the 10 BN lawmakers had a meeting with Muhyiddin and key PN leaders at the St. Regis Hotel in Kuala Lumpur discussing the formation of the new government.

The Bagan Datuk MP dubbed the meeting as the “St Regis move” and called it an attempt to remove him from his post as BN’s chairman.

Meanwhile, MCA’s attendance sparked a lot of curiosity, questioning the party’s intentions on whether betrayal was in the cards in the meeting.

Wee earnestly insisted that MCA had no hand in betraying the coalition during the political crisis and neither has it been involved in any political sabotage.

He added that “many people” had turned to MCA for Umno’s dissolution over their conduct.

“We too want Umno to stay true to the BN spirit of having consultation among component parties. That is the most original spirit of the BN.

“No one party has all the say just because it has more votes or more seats than other member parties. We (BN parties) are all equal,” the MCA president explained.