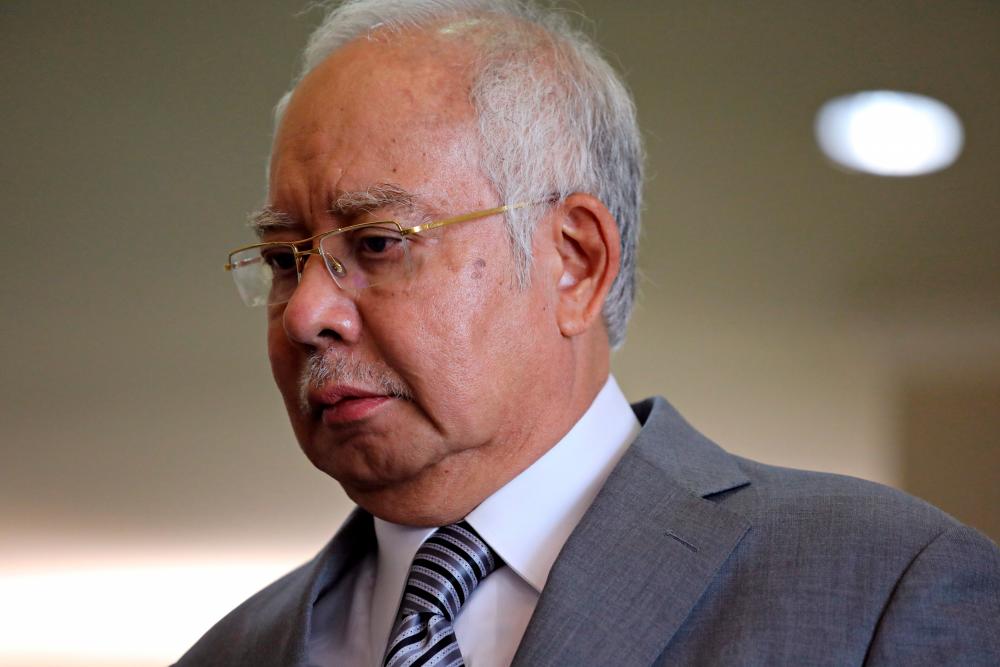 PUTRAJAYA: The Court of Appeal has warned Datuk Seri Najib Tun Razak (pix) that it is a court of law and not a coffee shop.

Abdul Karim: Where’s Najib? Where are the bailors?

Harvinder: The appellant (Najib) is not present because he is a casual contact to Tan Sri Muhammad Shafee Abdullah’s son, Muhammad Farhan, who was tested positive for COVID-19. The bailors are also not present.

Abdul Karim: Najib became a casual contact, easy to give reasons, but the court needs proof.

There are two categories of close contact. The most important thing is to attend court. Everybody has been exposed with it (close contact). This is a court of law. We want proof. Even the bailors are not present!

While hearing Harvinder’s explanation, one of the bailors, Faizal Shamsuddin was seen entering the courtroom.

Shortly after that, Abdul Karim questioned Faizal about Najib’s whereabouts.

Abdul Karim: Where is Najib? Why is he not in court? Your responsibility as a bailor is heavy. You have to ensure his presence. Do you know why Najib is not present?

As a bailor you have to know, if we’re not satisfied, we can drop the bail and issue a warrant of arrest against Najib. Where’s Najib?

Faizal : Datuk Seri is at Pavilion.

Abdul Karim: Pavilion? His house? Did you call him and ask or you’re just guessing? Don’t play guessing game, this is a court not a coffee shop.

“Where is another bailor? On the way? The court starts at 9am,“ he said.

Faizal was also warned for making recordings during the proceedings.

After that, the court interpreter and several policemen approached the bailor and checked his mobile phone.

The other two in the panel were Justices Datuk Has Zanah Mehat and Datuk Vazeer Alam Mydin Meera.

The court was initially scheduled to hear Najib’s application to adduce new evidence in his appeal over his conviction and sentence for misappropriating RM42 million of SRC International Sdn Bhd funds.

The hearing will continue via online at 12.30pm. — BERNAMA