Witness: CEO was not informed of Felcra proposal to invest RM50 mln over office cold war 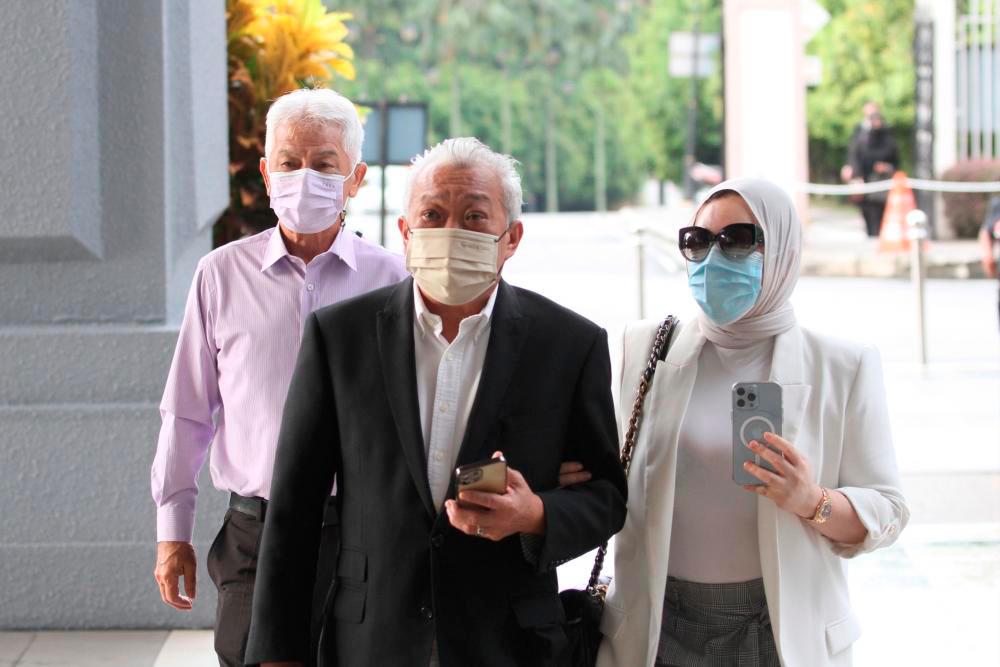 KUALA LUMPUR: The Sessions Court today was told that Felcra’s proposal to invest RM50 million in Public Mutual Berhad unit trust was made without the knowledge of the chief executive officer (CEO) Datuk Ramlee Abu Bakar as there was an office cold war in Federal Land Consolidation and Rehabilitation Authority (Felcra).

“When I discussed with the CIO (Zulkarnain), I said the matter (investment proposal) should be brought to the Top Management Council (MPT) but Zulkarnain said if it went through the CEO (Datuk Ramlee), he would not process as it was from Datuk Seri Bung Moktar Radin, who was Felcra chairman then.

“Datuk Zulkarnain joined one year earlier than me so he was more familiar with Felcra culture. He advised me that there was a cold war between the old team and the new team. As I was new, there was a possibility that relation between the chairman (Bung Moktar) and the CEO (Ramlee) was not good,” he said.

Touching on whether the matter was announced to the CEO, Mohd Azmy said he did not inform the CEO but maybe Felcra Credit Control senior manager Azriman Ridouan told Ramlee.

Mohd Azmy said he heeded the advice of Zulkarnain even though they were of the same rank as he knew the proposal was earlier put into ‘cold storage’ when it was handed to Ramlee.

Meanwhile, Mohd Azmy told the court that Bung Moktar had asked him to look into whether Felcra could make the investment one month after the unit trust consultant, Norhaili Ahmad Mokhtar came to his office to present the investment.

“After meeting Norhaili in the office, Datuk Bung asked him whether she (Norhaili) came or not. I told him she came and made a presentation (on the unit trust product ). I said so far I did not make any commitment as I was busy with pre-audit and budget for next year.

“After that, Datuk Bung told me to look into the matter if possible..,” he said and also stated that Bung Moktar had introduced Norhaili to him when he was at a hari raya celebration at the house of the Kinabatangan MP.

Mohd Sophian asked what was Mohd Azmy’s action after receiving the order from Bung Moktar to look at (Public Mutual unit trust investment ).

Mohd Azmy said he asked Azriman to carry out a study on the unit trust investment as well as looking into the unit trust market, stock exchange situation compared with other companies.

“The analysis found the market then had fallen and it was the best time to invest in unit trust,” he said.

The witness said he later took the approach of looking into the financial position of Felcra after being informed by Azriman that a Public Mutual investment agent had enquired if Felcra was interested in investing in the unit trust.

“I asked Azriman and Mariah Husain (Felcra finance general manager) to carry out a simulation and prepare a proposal paper to invest in the unit trust,” he said.

On May 3, 2019, Bung Moktar, 64, pleaded not guilty to two charges of receiving bribes amounting to RM2.2 million and RM262,500 as an inducement to obtain the approval of Felcra to make a RM150 million investment in Public Mutual.

Bung Moktar who was the non-executive chairman of Felcra then allegedly received the bribes from Madhi through Zizie Izette at the Public Bank branch in Taman Melawati here between 12.30 pm and 5 pm on June 12 2015.