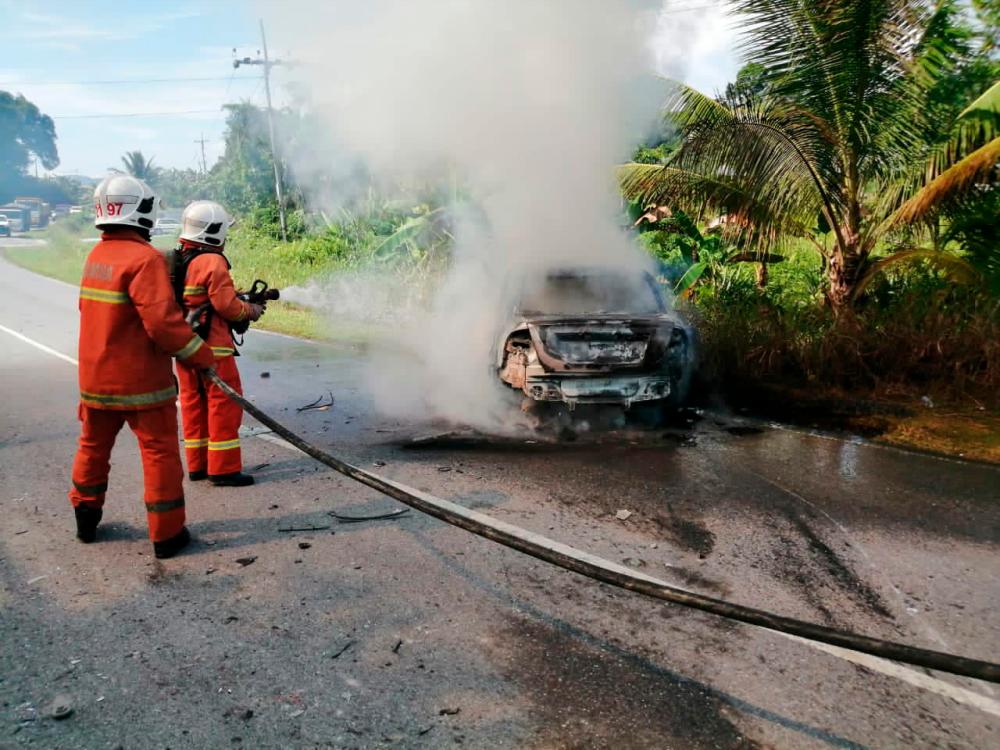 LIMBANG: The charred remains of a woman was found inside a car that burst into flames after an accident that involved a Proton Saga car and a Toyota Hilux four-wheel drive at about 9am this morning.

The car she was driving collided with the four-wheel drive and burst into flames at Jalan Nanga Medamit.

A Limbang Fire and Rescue Department team and police who rushed to the scene that is situated about 35km from here, identified the charred remains of the victim as Dorris Serudin, 55.

“Upon arrival at the scene, the rescue team saw a Proton Saga car that was involved in an accident with a Toyota Hilux, on fire while the Toyota Hilux had tumbled by the road shoulder.

The driver of the four-wheel drive (a man) had suffered injuries and was sent to the hospital by members of the public.

According to Awangku Mohd Hazman, the operation ended at 9.44am. - Bernama 3.Nov 14 for case management of Rosmah’s appeal in solar case