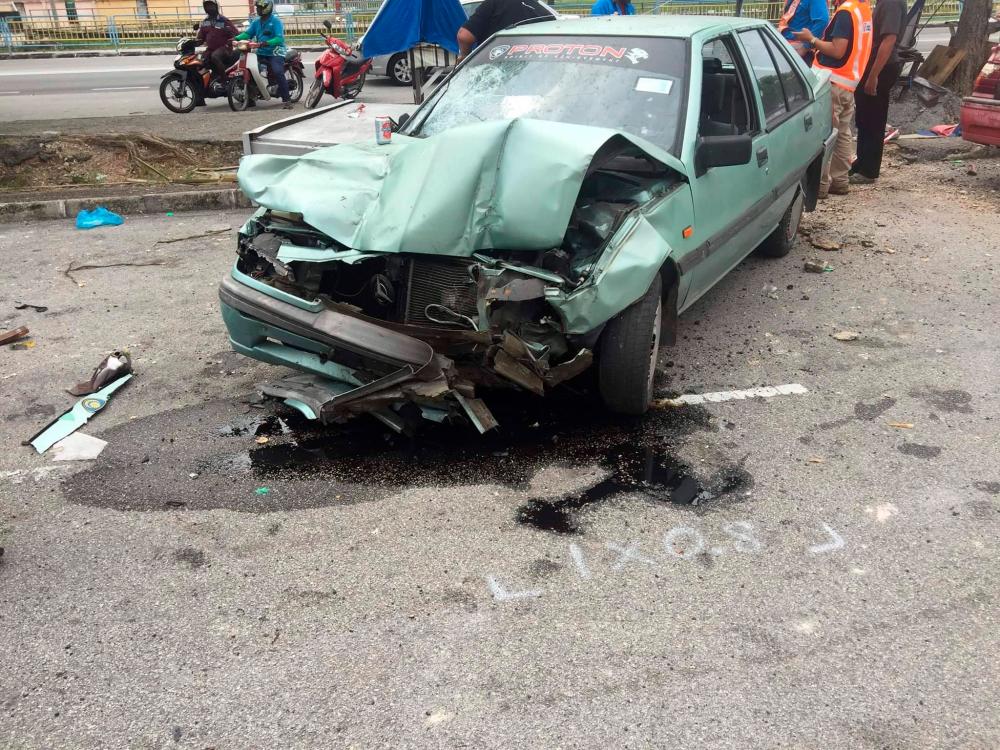 The vehicle believed to have been driven by the suspect under the influence of alcohol.

KEPALA BATAS: A nasi lemak seller died while her husband was seriously injured after their stall was hit a car driven by a man under influence at Jalan Bertam Indah, here today.

Seberang Perai Utara district police chief ACP Noorzainy Mohd Noor said in the 10am incident, the Proton Saga Iswara which was heading from Bertam Indah towards Paya Keladi was believed to have gone out of control and skidded to the side of the road before hitting the stall.

“Due to the impact, the couple were flung about 10m away from the stall onto a road in the Taman Bertam Indah area.

“The female victim, Roslinda Mohamad Isa, 44, died while receiving treatment at the Kepala Batas Hospital at about noon, while her husband, Mat Subri Saad, 44, who is being treated at the same hospital, has suffered severe injuries to his head and hands,“ he said here today.

He said the 31-year-old car driver who is a blacksmith, suffered minor injuries, and early tests revealed he was driving under the influence of drugs and alcohol.

Noorzainy added that the man did not possess a driver’s licence and the car’s road tax had also expired, while the case is being investigated under Section 44(1) of the Road Transport Act 1987 for driving under the influence. — Bernama