‘With working from home the current norm, employers should not issue orders after duty hours’ 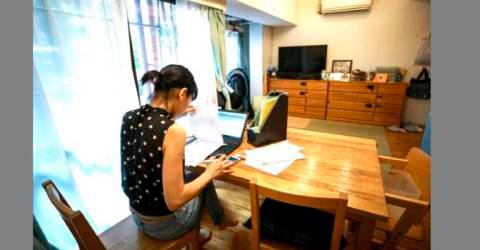 A work from home environment

PETALING JAYA: Employers must be attentive to the wellbeing of employees while ensuring that maximum productivity is achieved.

With work-from-home being widely adopted, many employees have voiced grievances that work has affected their personal lives.

“This is where employers need to respect work etiquette and set clear professional boundaries. It’s important to see this as a human rights matter that can cause undue stress for employees,” he told theSun yesterday.

Citing section 60A (1) of the Employment Act 1955, he said an employee shall not be required to work more than five consecutive hours without a resting period of at least 30 minutes and not more than eight hours in a day.

Abdul Halim added that employees need to be mindful of “perks” provided in their contracts signed upon employment.

“Can the company pay overtime for non-executives, as these allowances are for those in the management level? This must be spelt out explicitly in their employment contract.

“If these are not mentioned in the contract, an employee is not obliged to reply to the employer.”

Meanwhile, labour lawyer S. Muhendaran said employees should be able to spend time with their families “unless the issue is a life or death matter, and has to be done urgently”.

He added that the Human Resources Ministry should take the lead to amend the Act.

“Employees cannot be treated like cattle. In the modern employment relationship, mutual respect is important whereby an employer should respect employees’ rights.”

Lawyer Xenia Z. C. Lok said the use of WhatsApp as a means of work-related communication is reasonable.

“Issuing work orders after working hours for actions to be taken when an employee resumes duty should be acceptable, especially when the nature of work is providing essential services or resolving emergencies,” she said.

“But constant work orders that demand employees’ immediate attention during personal time is unacceptable, and gives rise to abuse.

“If everything has been made clear by both parties before the relationship starts, then disputes can well be avoided. The Act governing employment should not be made too rigid in this sense.”

According to blog.flock.com, France and Italy have implemented a “right to disconnect” law that bans after-hours emails.

Germany has been considering an “anti-stress” legislation, while a Right to Disconnect Bill is being considered by the Lower House of the Indian Parliament. 1.Let govt, rakyat decide if MPN had failed or not: Muhyiddin