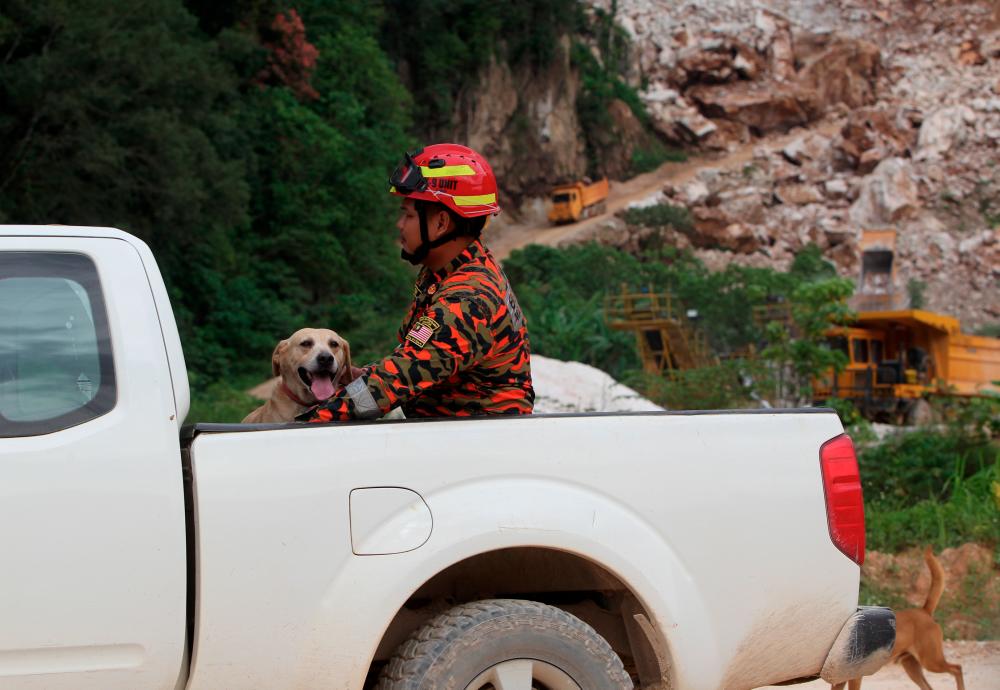 Perak Fire and Rescue Department says excavator wreckage was found at about 5.02pm/BERNAMAPIX

IPOH: The wreckage of another excavator, believed to have been buried in a quarry rockfall incident last March in Keramat Pulai, Jalan Simpang Pulai-Cameron Highlands here, was found by a search and rescue team, yesterday.

Perak Fire and Rescue Department (JBPM) assistant director of operations Muhamad Shahrizal Aris said the wreckage was found at about 5.02pm and the Tracker Dog Unit (K9) was dispatched to the location of the discovery.

“The search and rescue (SAR) operation was called off at 7pm yesterday and will resume today at 8am,“ he said in a brief statement here yesterday.

Muhamad Shahrizal said a total of 14 officers and members from the state JBPM Operations Division and the Simpang Pulai Fire and Rescue Station participated in the SAR operation in collaboration with the Royal Malaysia Police and the Perak Minerals and Geosciences Department.

Perak Fire and Rescue Department Director Azmi Osman said the wreckage of an excavator was found by the SAR team at 11.45am yesterday while the human skeletal remains and clothes were found about half an hour later.

In the March 8 incident, two quarry workers, identified as Itam Lasoh, 43, and Kheow Loo Siew Soon, 49, were believed to have been buried under a rubble of rocks. - Bernama