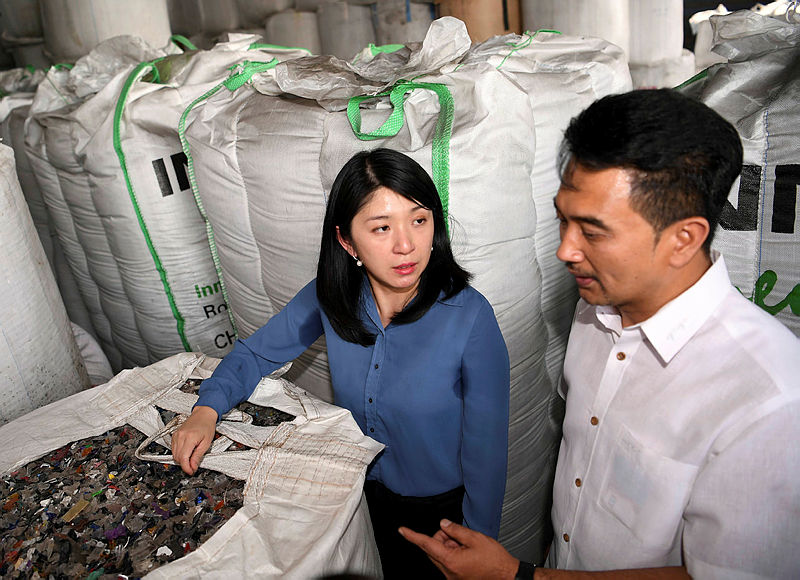 She said as of now, 61 operations were conducted in illegal factories, primarily in Selangor since the freeze on importing plastic waste into Malaysia in July last year.

“The ministry has detected some 97 illegal factories nationwide. Aside from Selangor, other locations include six in Johor, 10 in Kedah, and 10 in Negri Sembilan,” Yeo told reporters after joining a raid with the Klang Municipal Council (MPK) enforcement officers at one of the illegal factories in Telok Gong.

She added her ministry has now opened 36 investigation papers into the operators of the illegal factories.

If the illegal plastic waste recycling factories are found guilty of violating regulations in the Environmental Quality Act 1974 concerning air regulation, effluents, and the like, they are liable to be brought to court and fined, with the possibility of their operations being closed down.

Yeo then pointed out that special task forces will be set up at the state level to look into the matter, which will be chaired by their respective Excos who are in charge of the environment.

“We can’t tolerate such illegal operations anymore. Licensed factories will also be scrutinised to determine if their operations adhere to the law,“ she said.

The joint enforcement operations involved the Selangor Environmental Department, the Land Office, the police and the Immigration Department.

She added other types of plastic imports would also be phased out within the next three years.