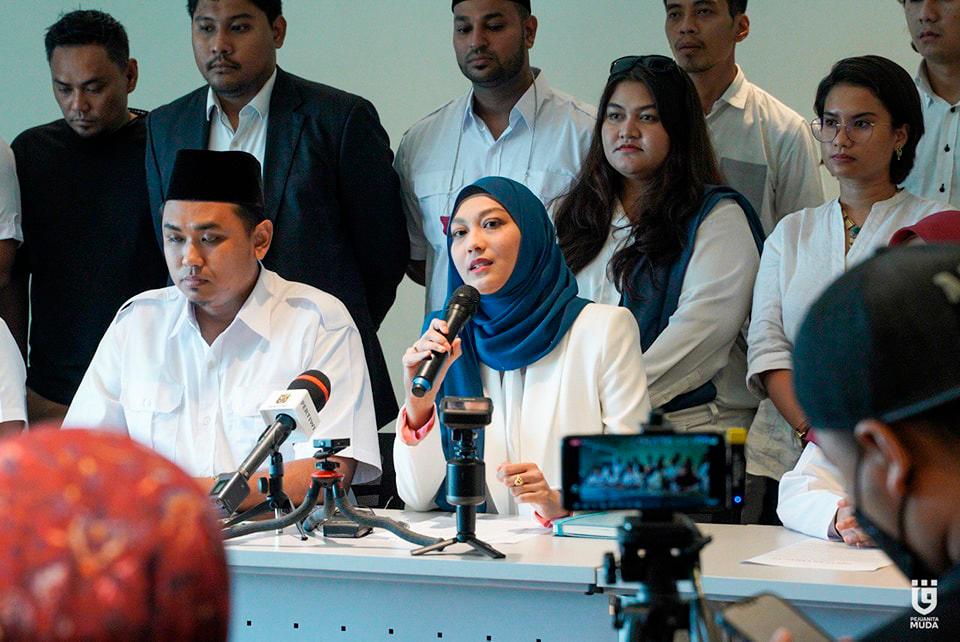 The Media Conference of the Young Secretariat of the Motherland Movement (GTA) today took place at the Office of the Fatherland Fighters Party, Putrajaya. Credit: Facebook/Pejuanita Muda

Abu Hafiz, who is Parti Pejuang Tanah Air (Pejuang) youth chief, said the GTA youth movement aims to contest half of the 120 seats targetted by the newly established GTA in GE15.

In a press conference here today, he said it was only an initial target because the GTA youth movement has yet to be certified by the GTA presidential council.

“We hope half or more will compete but it depends on the outcome of deliberations at the youth movement level and presidential council,“ he said.

“We are also prepared and open to having dialogue sessions and discussions with any individual or non-governmental organisations as well as other youth movements who have the same agenda and ambition in the political field,“ he said.

On Aug 4, Pejuang chairman Tun Dr Mahathir Mohamad announced the formation of GTA, a coalition aimed at empowering the Malays, especially in the economic field, and it will field candidates in 120 parliamentary constituencies in Peninsular Malaysia, especially in areas with a Malay majority.