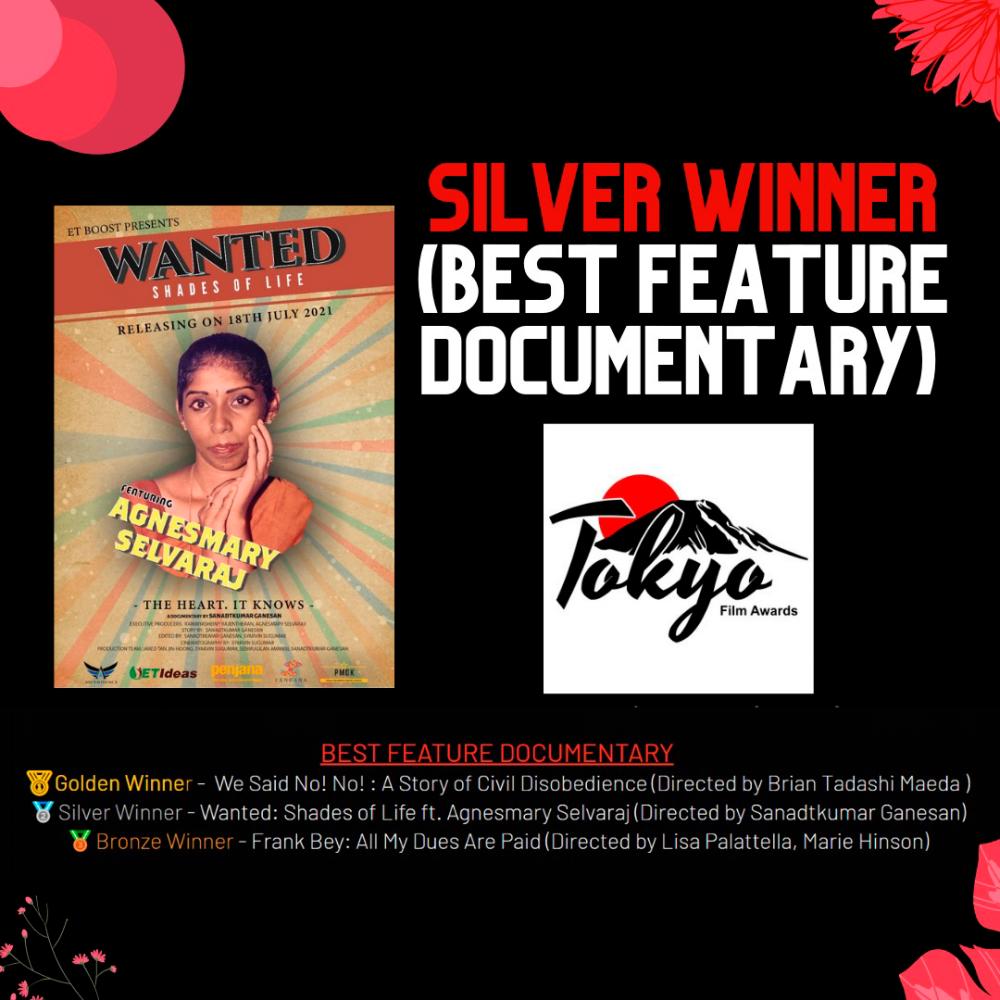 Vishwaroopam‘s cinematographer from India, Sanu John Varghese who directed Arkariyam was also one of the winners at the Tokyo Film Awards.

“Never in my wildest dreams did I ever think that anything that I ever produced would be recognised, let alone on a global stage. I was just a kid who loved movies. These are things that a kid like me can only dream of, but a lot of good-hearted people were patient with me and guided me to see that dreams can become a reality,” said Sanadtkumar, also the Co-Founder of the International Youth Movement, Ascendance.

With limited budget and resources, Sanadtkumar came out with this documentary which was released during the pandemic.

“I am still in awe and so overwhelmed that this film that had close to no budget, limited time and very limited resources to make, was recognised by many different countries. If young filmmakers like me had more support, funds, and resources, I am very sure we can cultivate great talents right here in Malaysia,” he added.

In September, this documentary film was nominated as a semi-finalist in Stockholm City Film Festival as well as featured on Bernama News Channel and The Sun Daily (TheSun iPaper (thesundaily.my). With a passion to make movies, Sanadtkumar Ganesan is currently producing documentaries to support his education at the Toronto Film School, in Yorkville University in Canada.