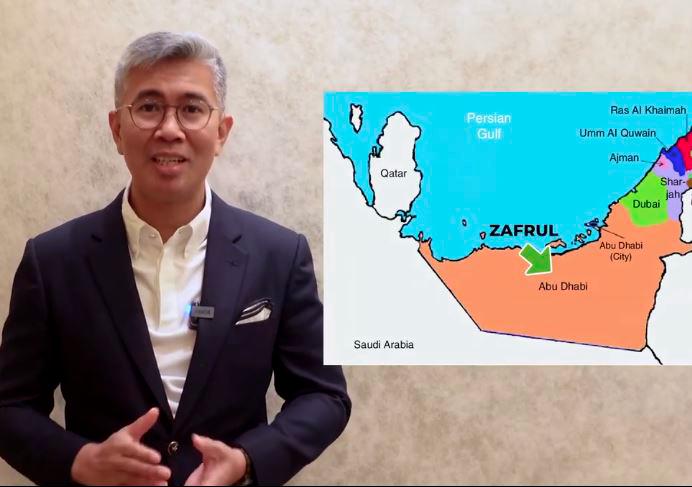 PETALING JAYA: Datuk Seri Tengku Zafrul Abdul Aziz has denied that he could not attend yesterday’s first Cabinet meeting as he was in Qatar.

In a short explanatory video posted on his social media accounts today, the International Trade and Industry Minister said he was in Abu Dhabi, United Arab Emirates (UAE) for the signing of a deal between Petronas and Abu Dhabi National Oil Company (Adnoc) for a concession in the Middle East for unconventional oil resources.

“Firstly, I went to Abu Dhabi, and not to Doha, Qatar. Abu Dhabi does not have World Cup, but Qatar does.

“Secondly, I was there on official business, not for leisure. Not attending the Cabinet meeting is unlike skipping classes, if one feels like not going, they don’t attend it.

Zafrul said he would be back in the country to brief the cabinet about the deal, soon.