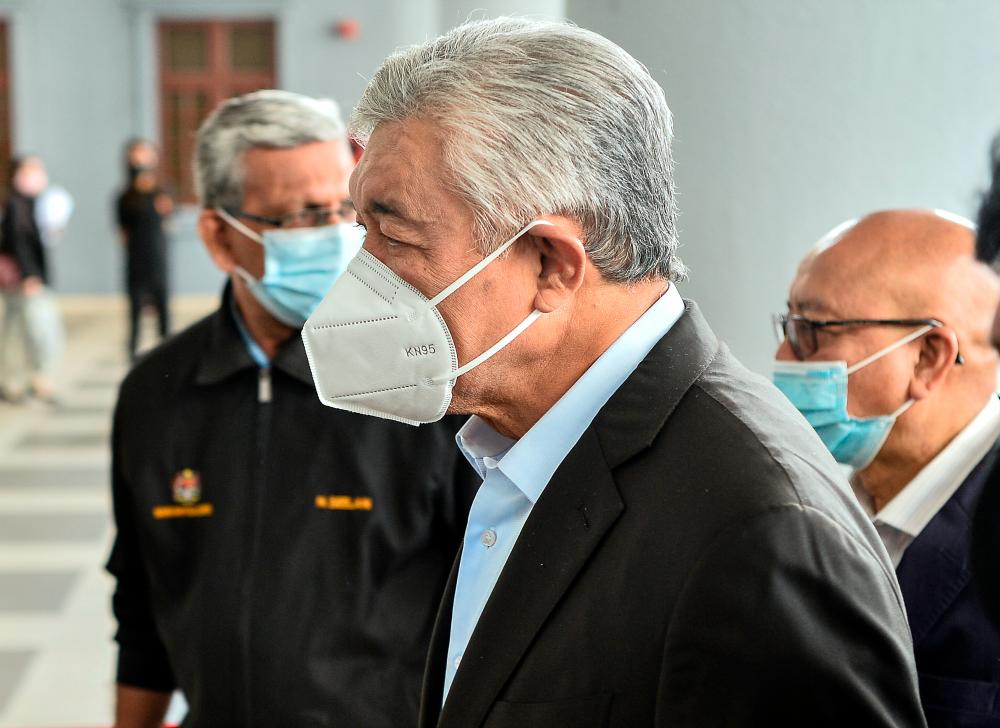 Ahmad Zahid, 69, said among the negligence his former executive secretary committed was failing to understand and read his credit card statements which caused her to make either insufficient or excessive payments.

“The mistakes that Mazlina made included making credit card payments amounting to RM71,283 instead of RM65,153.32. Besides that, she (Mazlina) also underpaid the credit card bill, paying only RM2,600, when she should have paid RM64,668.24,“ he said when reading out his witness statement on the third day of his defence proceedings on 47 charges involving breach of trust, corruption and money laundering.

He said Mazlina had testified in court that she did not know, was unsure and could not remember matters regarding the management of his credit card bills, apart from admitting to being negligent in handling the expenses.

“As a trained and experienced banker, I state that if I knew Mazlina was behaving in this way I would not give her permission and would stop her actions immediately,” he said.

To a question raised by his lawyer, Datuk Ahmad Zaidi Zainal, on what could have caused Mazlina to make the extra payment, Ahmad Zahid said: “This is what I do not understand, why pay more and sometimes pay less, it means she was negligent,..I have to pay for other people’s negligence. Where is the justice?

According to him, Mazlina had never shown the monthly credit card statements to him although he had asked her to do so.

“...I am a very busy person ... I prioritise my duties for the ministry and the country, that is why I cannot detect any negligence by Mazlina in managing my personal finances and Yayasan Akalbudi’s,“ he said.

Besides that, Ahmad Zahid said Mazlina had used YAB cheques to pay for his credit card bills without his instruction, knowledge or agreement.

“Mazlina had used my signature stamp on the Yayasan Akalbudi cheques that were used to pay for personal credit card bills as well as my wife’s (Datin Seri Hamidah Khamis) without my knowledge...the stamp should have been used on certificates of appreciation and festive season greeting cards.

Ahmad Zahid also denied any knowledge of the existence of such cheques that were used by Mazlina from 2013 until 2016, adding that if he knew about this matter, he would have immediately fired her for misusing the foundation’s cheques.

“Due to these failures that Mazlina committed, I had to appoint Messrs Lewis & Co as trustee to the Yayasan Akalbudi funds,” he said.

When asked by Ahmad Zaidi why he did not take any action against Mazlina even though she had committed several offences, Ahmad Zahidi said: “I am a professional ... I treat the officers serving under the agencies and departments that I lead professionally. I have never demoted any officer, instead, I give advice and guidance as well as promote them so that the officer is no longer working in the office or ministry that I lead.

“...as a professional, I feel that I should advise and guide (those who have made mistakes). I would change tactics where I would advise them because they are an asset to the department, agency or ministry that I lead, that way I don’t oppress and ill-treat or belittle them or destroy their career,” he said.

On Jan 24, the court ordered Ahmad Zahid to enter his defence against all charges after finding that the prosecution had established a prima facie case against him.