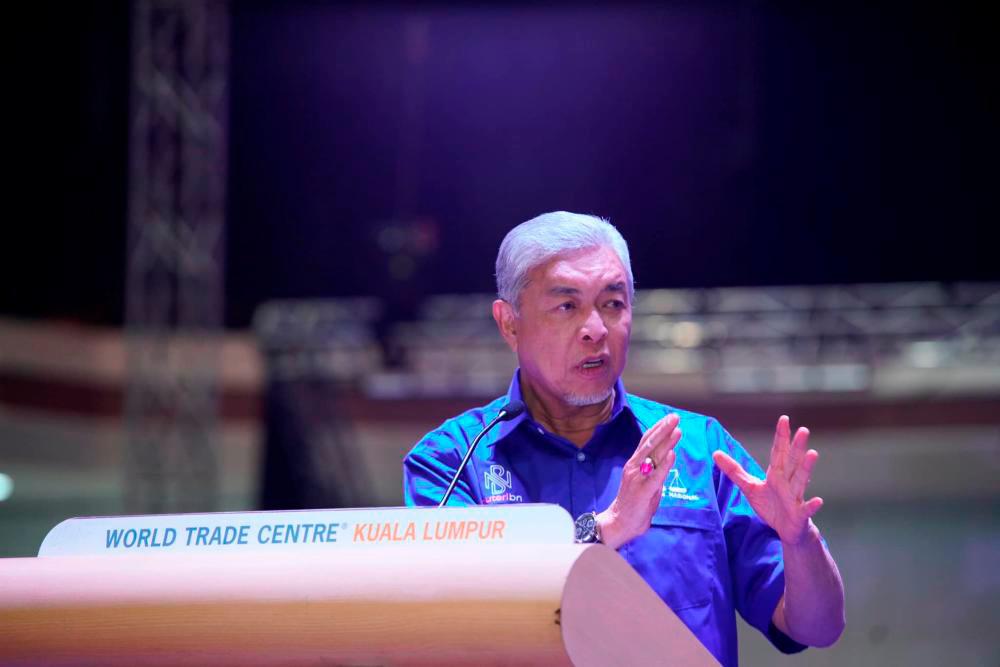 PETALING JAYA: The General Election should be held immediately if the Opposition is worried about polls being held during flood season, says Datuk Seri Ahmad Zahid Hamidi (pix).

The Umno president also claimed that “concerns” of BN’s rivals about floods were not a “new excuse” but it is merely an attempt to extend their polical lifeline.

“It is time to ‘walk the talk’ and ‘hit the button’ so that Election Commission can set a date for GE15. The Rakyat can choose a stable and formidable government,“ he said in a statement yesterday.

Zahid also pointed out that his remarks during the launch of the BN Youth machinery on Saturday on the coalition being ready to brave the floods for GE15 had been taken out of context by political rivals.

He said his comments were meant to convey to Prime Minister Datuk Seri Ismail Sabri Yaakob that the BN machinery was ready for GE15, regardless of the situation and challenges.