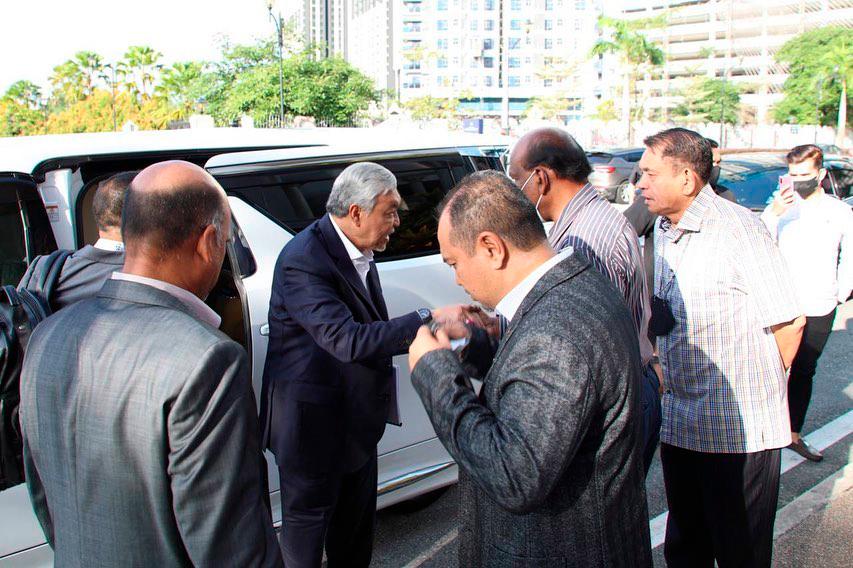 SHAH ALAM: All eyes will be on High Court Judge Datuk Mohd Yazid Mustafa this morning for his decision on whether to free or order Datuk Seri Dr Ahmad Zahid Hamidi to enter his defence on 40 corruption charges in connection with the Foreign Visa System (VLN).

Judge Mohd Yazid is expected to deliver his judgment at 9 am.

If the decision favours the prosecution, whereby the court finds that the prosecution has succeeded in establishing a prima facie case, Ahmad Zahid, 69, will be ordered to enter his defence.

Otherwise, the former deputy prime minister will be freed.

Ahmad Zahid had pleaded not guilty to 33 charges of receiving bribes amounting to SG$13.56 million from Ultra Kirana Sdn Bhd for himself as Home Minister to extend the contract of the company as the operator of a one-stop centre (OSC) service in China and the VLN system, as well as to maintain its contract with the Home Ministry to supply the VLN integrated system.

He was charged with committing all the offences at Seri Satria, Precinct 16, Putrajaya and Country Heights, Kajang, between October 2014 and March 2018.

The charges were framed under Section 16 (a)(B) of the Malaysian Anti-Corruption Commission Act 2009, which provides a maximum of 20 years in jail and a fine not less than five times the value of the gratification or RM10,000, whichever is higher, upon conviction.

The Bagan Datuk Member of Parliament also pleaded not guilty to 33 alternative charges framed under Section 165 of the Penal Code, whereby he was charged in his capacity as a home minister with receiving bribes amounting to SG$13.56 million in relation to the VLN system between 2014 and 2017.

On the other seven charges, he was alleged to have obtained for himself cash of SG$1,150,000, RM3 million, 15,000 Swiss Franc and US$15,000 from the same company, which he knew had a connection with his official functions.

He was charged with committing the offences at a house in Country Heights, Kajang, between June 2015 and October 2017.

The seven charges were framed under Section 165 of the Penal Code, which provides imprisonment for up to two years, or with fine, or both, upon conviction.

A total of 40 local and foreign journalists have been issued passes to follow the proceedings through a video link in a room. The court also provides 30 passes for photographers and videographers, who will be stationed in the lobby of the Sultan Salahuddin Abdul Aziz Shah Complex for coverage. - Bernama