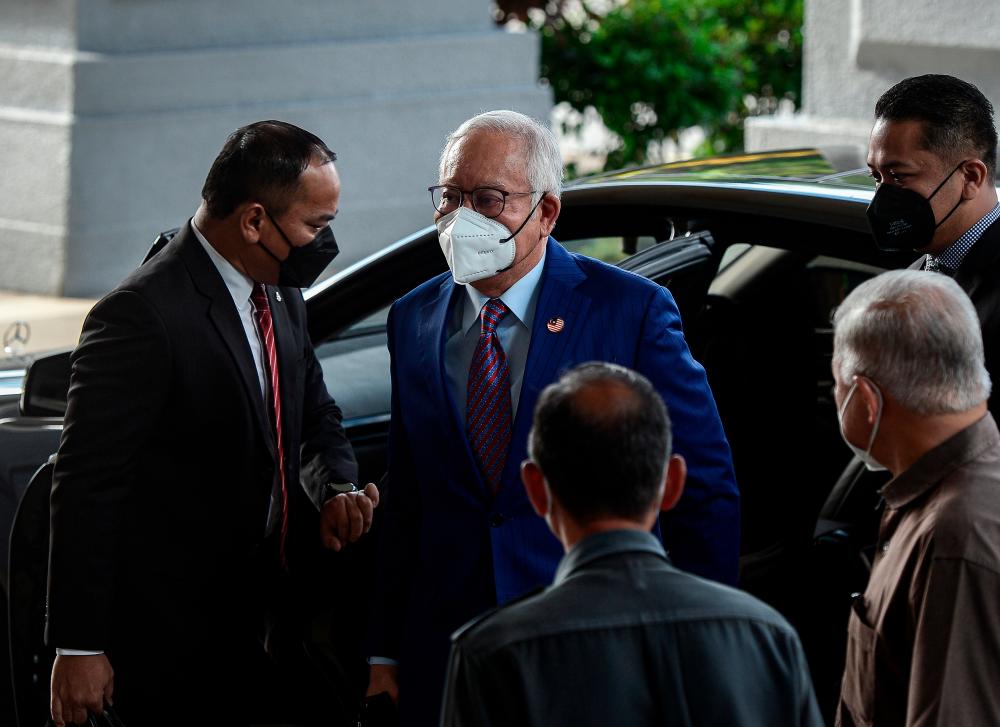 Datuk Zaid Ibrahim in a statement today said that his firm, Zaid Ibrahim Suflan TH Liew & Partners (ZIST), did not make any statement during the case management hearing in chambers that the firm will be discharging itself as solicitors.

The former law minister was referring to news reports regarding the Aug 10 case management of Najib’s SRC International case at the Federal Court claiming the reports were incorrect or inaccurate.

“My firm did not make any such statement during the case management. We do not abandon our clients. Any media report stating the contrary is mischievous and regrettable,“ he said.

Zaid also pointed out that the law firm was not motivated by money when it agreed to represent the Pekan MP in his SRC appeal.

“My firm agreed to take on this brief because our client has legitimate grievances with regard to his conviction, particularly on matters relating to rule of law, the law relating to bias, and conflict of interest. It is the sacred duty of any advocate to represent an accused person with such grievances.

“In doing so, I am not prejudging the case, as any respectable lawyer will attest. Passing judgment is the domain of the courts. As lawyers, our duty is to present the client’s case to the best of our ability,” he said, adding that he expects Courts to uphold time-honoured legal principles and that the rule of law will prevail.

Najib’s legitimate expectation was that he will get a full and fair hearing before the Federal Court, thus, it was our duty as his solicitors to enable that process, he added.

“I regret that in doing so, scurrilous attacks have been made against my firm and me personally. Sepang MP Mohamed Hanipa Maidin’s insinuation yesterday that lawyers who take on briefs at the last minute are motivated by money is grossly unfair.

“Here, I want to state categorically that throughout my career as a lawyer and politician, I have never been motivated by money or position. Justice is what matters to me. In any event, it is a preposterous notion that there is never a justification for a last-minute change of lawyers. In this case, there was a genuine need for a change of perspective and a reset of arguments in defence of our client’s case,” he said.

When answering the accusation levelled against Najib and his firm that the appointment was purely an attempt to delay the appeal, Zaid said this was the first time Najib has changed lawyers.

“I believe that my firm has brought a fresh perspective to the case. On our advice, Najib has abandoned certain propositions previously put forward. We are purely focused on constitutional principles, the rule of law, principles of natural justice and the specific legal and factual issues in the application for retrial and the appeal proper.

“We are prepared to proceed with the motion for retrial when it comes up for hearing on Monday. As lawyers, we have a duty to justice without fear or favour. We must be slow to question the basis on which any other lawyer takes a brief because we must respect the professional judgement of our peers.

“Applying our professional judgement, my firm placed itself on record as solicitors for Najib. We will continue to act for him for so long as we have his confidence,” he insisted.

According to media reports on Aug 10, the legal firm would discharge itself if the Federal Court insists to proceed with the hearing of Najib’s final appeal against 12 years’ imprisonment and a fine of RM210 million for misappropriating RM42 million from SRC funds, next Monday.

On July 26, Najib appointed Hisyam Teh Poh Teik from Messrs Hisyam Teh as his lead counsel and ZIST partners, Liew Teck Huat and M.Rueben as his new solicitors.-Bernama