Zakir Naik not listed as wanted by Interpol: Muhyiddin 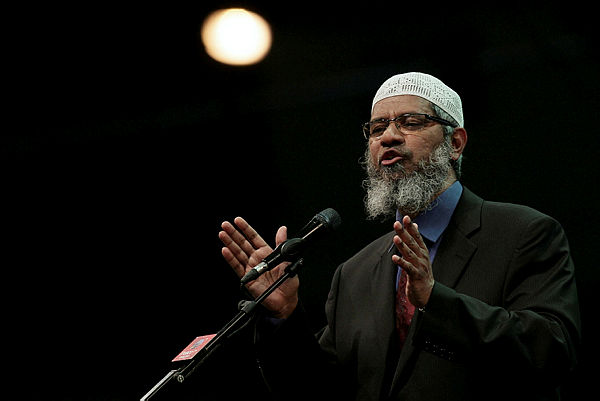 The minister said this in a written reply to Datuk Tuan Ibrahim Tuan Man (PAS-Kubang Kerian) who wanted to know the government’s stand in light of mounting pressure from India to extradite Zakir, who was charged with money laundering in his home country.

An Interpol Red Notice is the closest instrument to an international arrest warrant, and is issued at the request of a member country for an individual’s provisional arrest and extradition.

According to Muhyiddin, Malaysia also did not comply with India’s request for Zakir’s extradition as the move was politically motivated, and there was also no guarantee that the latter would receive fair trial should he returned home.

“There is a provision in the Extradition Treaty between the Malaysian and Indian governments which allows ‘restriction on return of fugitive criminals’ if the person is being punished for political reasons, or if the charges against the person are political, religious or racists in nature,” he explained.

Commenting further, Muhyiddin said the government does not restrict Zakir from entering the country as it was done based on the usual procedures and adhered to all laws and regulations.

He also dismissed claims that the government was giving Zakir special treatment by granting him permanent resident status, as being portrayed on social media.

India had previously claimed it was requesting for a red notice against Zakir after securing a non-bailable warrant against him, who was charged in relation to more than 1.93 billion rupees (RM115.66 million) from proceeds of crime in India and overseas.