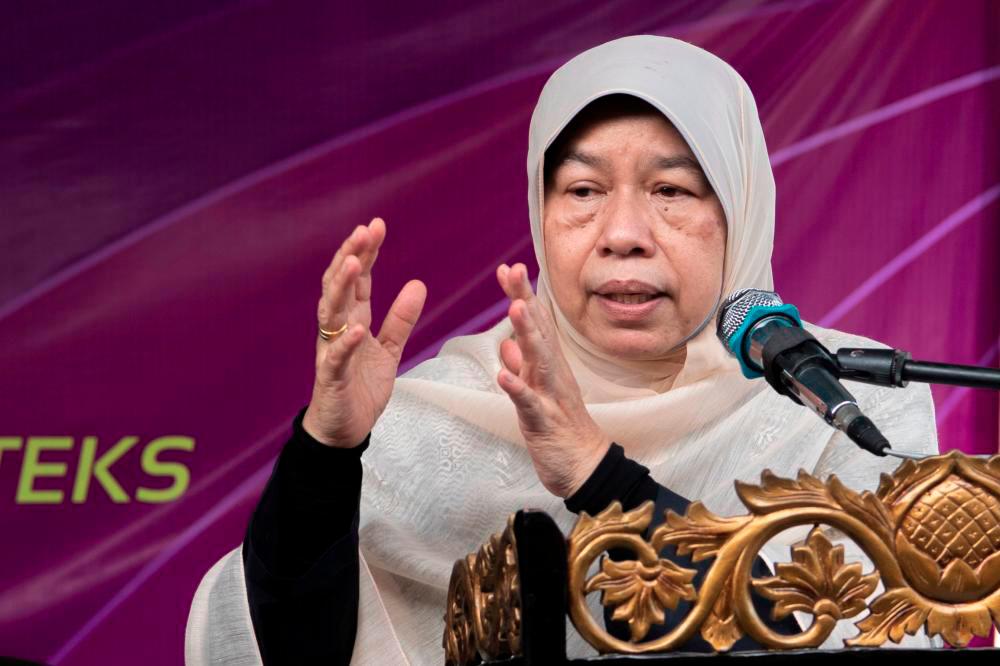 Zuraida, who was previously a member of Bersatu, said she believed in the struggles of PBM and its core principles, namely multiracial engagement; women and youth empowerment; economic development; educational improvement and the advancement of science and technology as elements to make Malaysia a developed country.

In this regard, the Plantation Industries and Commodities Minister said she would be meeting Prime Minister Datuk Seri Ismail Sabri Yaakob soon to discuss her resignation from the Cabinet.

“I will also discuss with him the role and direction of PBM in strengthening the Keluarga Malaysia government. I have full confidence in the wisdom of the prime minister,” she said in a statement today.

She added that she would continue to support the present government led by Ismail Sabri, in line with PBM’s stand.

She also thanked Ismail Sabri and the two former prime ministers, Tun Dr Mahathir Mohamad and Tan Sri Muhyiddin Yassin, for their trust in appointing her as a Cabinet minister.

Zuraida was appointed as the Housing and Local Government Minister by Dr Mahathir after Pakatan Harapan won the 14th General Election in May 2018 and was reappointed to the post during Muhyiddin’s tenure as prime minister.

She was given the portfolio of Plantation Industries and Commodities Minister after Ismail Sabri took over as prime minister.

Zuraida is currently in Turkey to attend the Seventh Pioneers Conference for the Global Women’s Coalition for Al-Quds and Palestine, after which she will be going to Athens, Greece to fulfil a business mission invitation from the Malaysian Timber Council. She is expected to return home on June 2.

PBM was founded by Mohamad Sukri Yusri, who was the party’s first president, and several other politicians after taking over the Sarawak Workers Party. PBM’s registration was approved by the Registrar of Societies Malaysia on Oct 27, 2021. 4.No easy ride buT Shah Firdaus wants to enjoy it

5.Will Lebanon be in Israel’s crosshairs?