Another mark on the world map 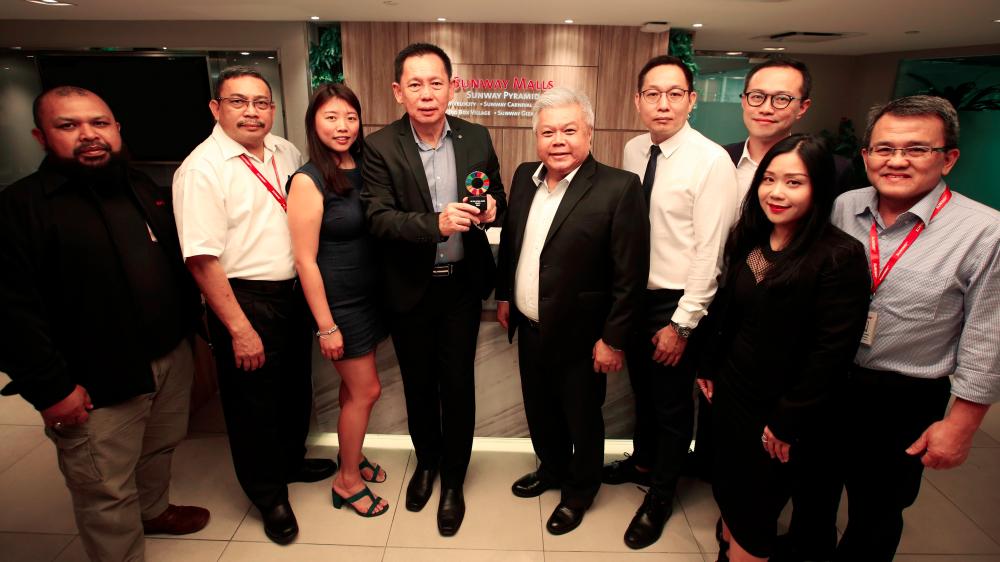 DON’T we love being recognised, even more if it’s a global recognition? Thanks to Sunway Malls and The One Academy, who represented the country at the United Nation’s Sustainable Development Goals (SDG) Action Campaign’s Global Festival of Action in Bonn, Germany, with its “Our Sustainability - A Reminder Through Interactive Experiences” entry - Malaysia is now acknowledged for its SDG initiative.

The collaborative effort from the Malaysian team won the SDG Action Finalist Award under the Creative category. It beat some 2,000 entries from 142 countries and was the only Malaysian finalist. A satisfying win, especially to have competed alongside a Grammy award winner, IBM USA, the UK International Paralympic Committee, the New York Mayor’s office, and such.

Sunway Malls CEO, HC Chan, was sure that Sunway Malls would not rest on their laurels and this recognition is just the first of its efforts to push further in implementing more SDG initiatives.

“In line with Sunway Group’s commitment to the United Nation’s goals, this achievement puts Sunway Malls on the global map for taking a pro-active role in answering the global call to action amongst many other countries in the world,” he added.

The One Academy’s head of Multimedia Design Department, Cheang Lin Yew, sang praise for the students who worked on the project. In August last year, Sunway Malls partnered with The One Academy to illustrate the SDGs. Together they came up with four creative and interactive installations which was exhibited in Sunway Pyramid. Eighteen students took three months to conceptualise, engineer and craft the installation work, which was “paid off” during a weekend exhibition which saw 22,000 visitors learning the importance in advancing SDGs.

“To be acknowledged in the Creative category due to the synergy of art and technology, which is the core focus of our programme, shows that our students definitely are on par internationally. Through this collaboration, the students had the opportunity to work on a live task and apply what they have learnt in a real project,” said a proud Cheang.

Held since 2017, the SDG Action Award calls for top individuals, civil society organisations, sub-national governments, foundations and private sector leaders who are advancing the global movement for the SDGs in the most transformative, impactful and innovative way. The award is part of the SDG Global Action Festival that brought together more than 1,500 political decision-makers, activists, experts, business leaders and creative people from over 130 countries.

Organised by the United Nations SDG Action Campaign, the 3-day festival stressed the need for advocacy, citizen engagement, behaviour change and political will to drive the action required to make the Sustainable Development Goals a reality.

Due to the techniques and methods used by the students to produce their interactive installations, this project also made it to Shanghai late last year for the Makers Carnival, a platform for makers of all kinds and countries to come forth and exhibit their work.