Carlsberg brings ‘Prosperity Begins with a POP’ to theSun 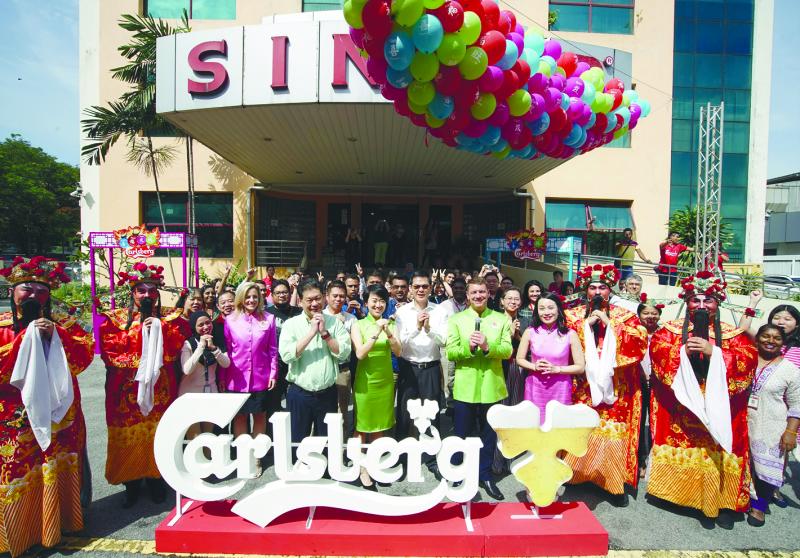 The event began with the senior management teams from both Carlsberg and theSun toasting to a prosperous year ahead, followed by the presentation of a special memento by Lehmann to Sun Media Corporation Sdn Bhd executive director Ching Chun Keat.

In line with its “Prosperity Begins With A POP!” campaign, a colourful balloon drop was released onto the crowd.

Employees had a fun time popping the balloons in their bid to find tokens hidden inside them, which were later redeemed for gifts at the redemption counter.

Adding to the festivities, Carlsberg also brought along a replica of its “Probably The Best CNY Shopping Experience” activation, where employees had the opportunity to “pop” a giant replica of a Carlsberg Smooth Draught for a chance to win cartons of beer and limited-edition playing cards.

A counter was also set up where employees were served with light refreshments, in what turned out to be an early Chinese New Year party.

All big bottles of Carlsberg and Carlsberg Smooth Draught, including their cans, also come with words symbolising Prosperity, Happiness, Wealth and Good Luck.