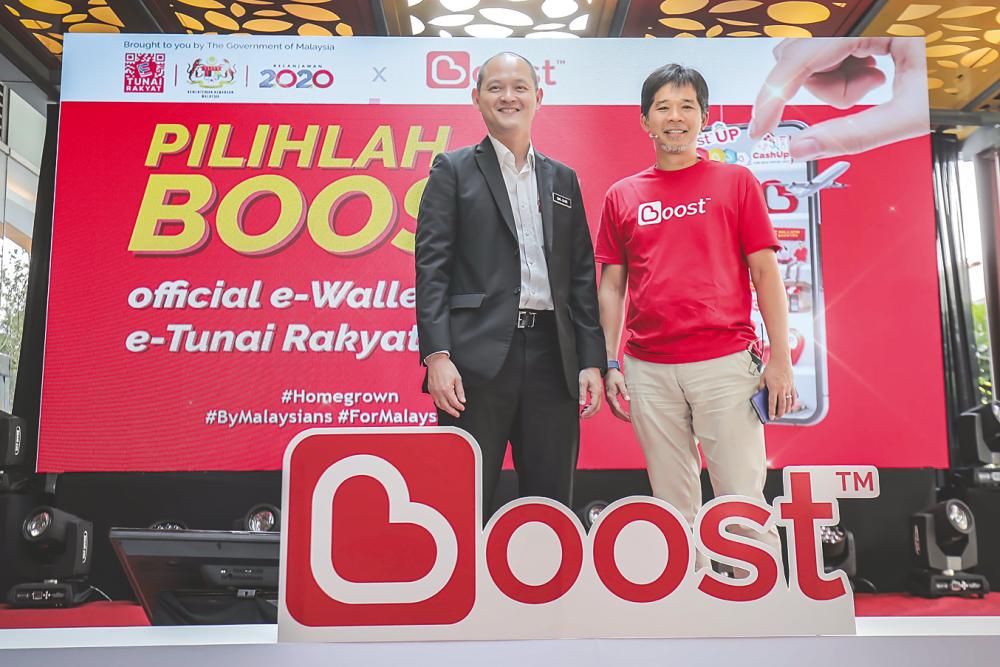 HOME-grown lifestyle e-wallet, Boost is adding “boost” to the government’s E-Tunai Rakyat initiative, by offering exclusive rewards for eligible Malaysians to claim RM30 and also for those, who did not qualify.

All Boost users who have submitted their claim, including those, who are not eligible for e-Tunai Rakyat after the National Registration Department and the Inland Revenue Board of Malaysia’s eligibility checks will get Boost “shakes” and “savings”.

“The e-Tunai Rakyat initiative will serve as a great starting point for those who have been curious about e-wallets to become new users and experience the convenience of going cashless. We believe that 2020 is the year to go cashless and we intend to play a big role to assist in driving the government’s cashless agenda,” said Boost CEO Mohd Khairil Abdullah

“During the two-month e-Tunai Rakyat initiative, we will be offering endless ways for Malaysians to go cashless with Boost that caters to any lifestyle choice or need. Combined with our wide merchant footprint of over 135,000 merchants nationwide, including Sabah and Sarawak as well as exclusive offers and benefits from our business partners. We are confident that it will be effortless, safe and rewarding for everyone to experience a cashless lifestyle with us,” added Mohd Khairil.

Speaking at the launch event at Sunway Putra Mall on Jan 16, he said on the first day of the e-Tunai registration, Boost attracted 25 times above its daily average of downloads.

He said Boost users who have submitted claims are in the running for a surprise “Shake” reward of up to RM8,888.

To usher in the Lunar New Year, users can take part in the Boost Ang Pow Challenge. Once a user submits a e-Tunai Rakyat claim, they will automatically receive two Ang Pows in the Boost app with a value of up to RM10 each.

Also present at the launch was Deputy Minister of International Trade and Industry Ong Kian Ming who said e-Tunai will be a game-changer for Malaysians in the electronic payment and digital economy contribution. “We want consumers to spend money in this three-month period and bring about a feel-good factor to the Malaysian economy in 2020,” he said.

Ong said the programme is expected to contribute to a “jump” in consumer spending and is also part of a larger strategy by the government to reduce cash transactions.

At the event, the “Aku Pilih B” music video was launched, to encourage Malaysians to embrace a cashless culture. The video was a collaboration between executive producer Sasi The Don and four artists, namely Balan Kashmir, Zizi Kirana, Jeryl Lee and MK (K-Clique).