Keep fabrics out of landfills 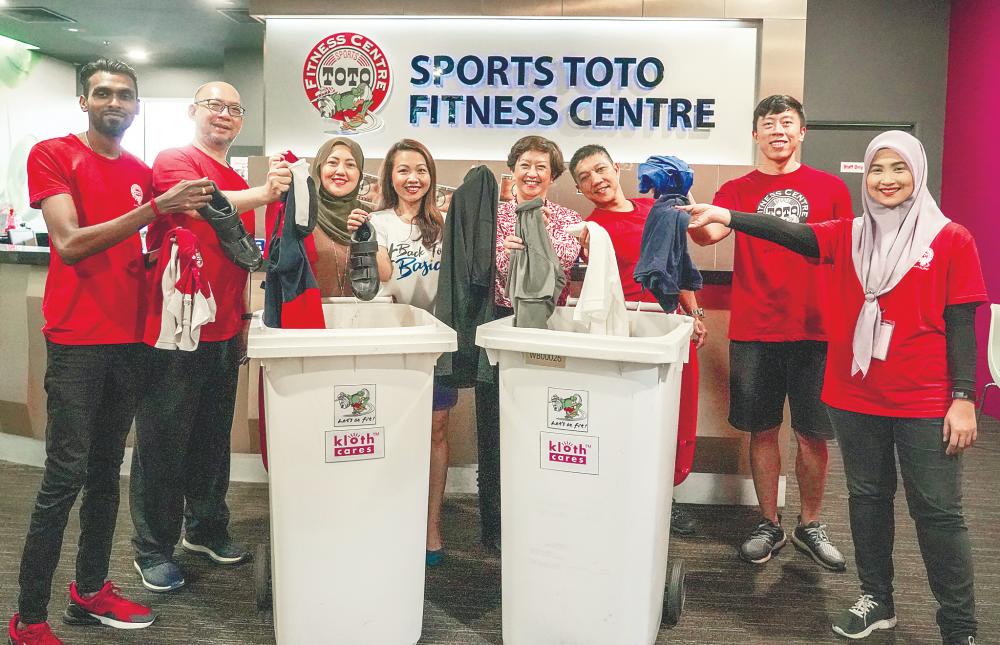 ENVIRONMENTAL conservationists Nik Suzila Hassan (Suzy) and Sarahah Kedah (Sarah) formed Kloth Cares back in December 2013, as a social entrepreneur movement for keeping fabrics and plastics away from landfills through the circular economy business model.

It’s claimed that more than 150 landfills in Malaysia are now closed due to overflow of solid waste.

In August 2018, the co-founders initiated Malaysia’s first fabric recycling movement with the campaign #2Million2Save, aiming to divert two million kilogrammes of unwanted fabrics – which is the equivalent of 12,000,000 shirts –from ending up in the landfills by August 18, 2021.

To date, Kloth Cares has collected over 500,000kg, and to make their goal even more achievable in due time, they’ve teamed up with Sports Toto Fitness Centre in Berjaya Times Square to encourage Malaysians to take action in keeping unwanted fabrics away from landfills.

Sports Toto Fitness Centre director Grace Chan Hwee said: “We want to show our support towards Kloth Cares in achieving its mission of collecting two million kilogrammes of old clothes to be recycled and repurposed.

“We reached out to Kloth Cares because we want to do our part in joining the movement. As the Berjaya Group HR senior general manager myself, and as a strong advocate of the zero waste lifestyle personally, I intend to promote the campaign to the company’s 12,000 employees.”

Kloth Cares is also working with its founding partners, the Selangor Youth Community (SAY) and Life Line Clothing Malaysia (LLCM) in achieving zero fabric waste in landfills, and instead, giving them new life and purpose.

Suzy shared: “In Malaysia, people emphasised so much on plastic waste but overlooked the issue of fabric waste which includes clothing, shoes, household textiles, plush toys, backpacks and more.

“We’re incredibly lucky to have Sports Toto Fitness Centre as our first fitness centre partner to adopt a recycling bin and allow its centre to become a drop-off point. By providing the recycling facility, they’ve also become the influencer within Berjaya Times Square and its surrounding vicinity for people to donate.

“Numbers speak volumes. We look forward to achieving our mission with them.” 2.LAFC ‘perfect for me’: Chiellini

5.Verstappen returns to the scene of the crash chasing first British GP win