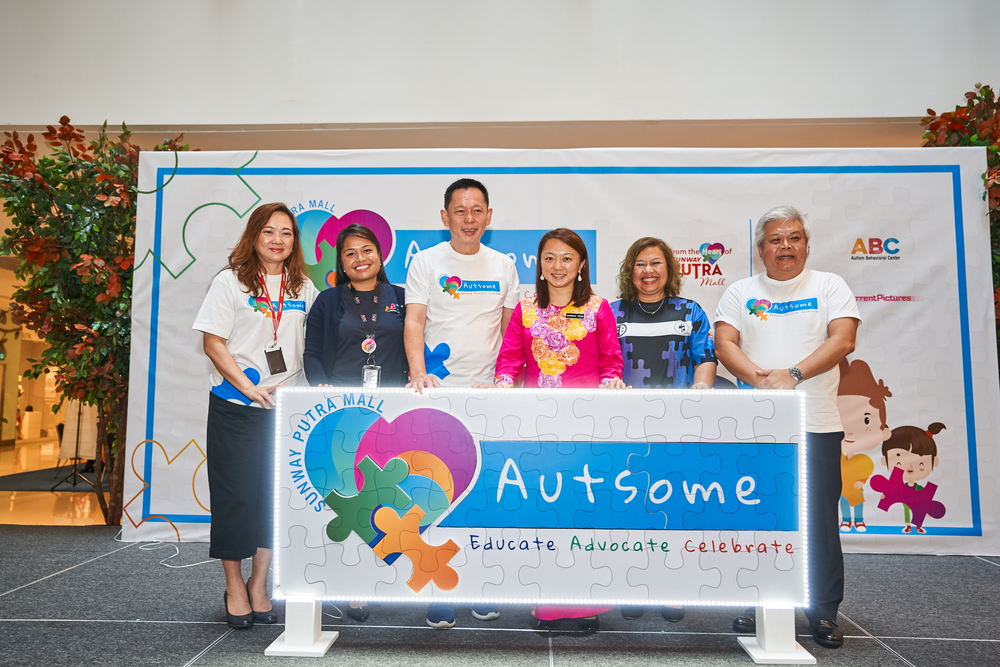 Yeoh and representatives from Sunway Malls at the Autsome launch.

IN an effort to support and raise awareness on Autism Spectrum Disorder (ASD), the “Autsome” initiative by Sunway Putra Mall was officially launched on Feb 26, 2019.

“Autsome” short for “Autism is Awesome” is to educate the public and to advocate and celebrate the autism community. This is also in line with Sunway’s commitment to the Sustainability Development Goals (SDGs) which is to build Sustainable Cities and Communities as well as Reduce Inequalities.

In line with this initiative, Sunway Putra Mall has decided to make Tuesdays except public holidays as their “Autism Friendly Shopping Day” from 10am-5pm. This is an effort to provide an inclusive and comfortable shopping experience, and simultaneously to increase the public’s understanding and acceptance on ASD.

In his opening speech, Chan urged for more understanding about ASD. Saying that only through better awareness and understanding, can we collectively have acceptance at multiple levels.

While Yeoh said Sunway’s initiative will serve as an example to the management of other shopping complexes and corporate sectors to provide public spaces that are suitable to meet the needs of the community and children with special needs.

During the launch, Yeoh and the representatives from Sunway Malls, NASOM and ABC were invited to assemble puzzle blocks to form the Autsome logo. The puzzle blocks were in various sizes and each block resembled the unique personality of an Autistic individual.

A spectacular choir performance by NASOM Maestro then took the stage, followed by a tour to visit the Autsome Bazaar where products such as comic books, paintings, DIY accessories, essential oils, cookies and more specially made by autistic individuals were available for sale. Ten per cent of the proceeds will be donated to NASOM to help the Autism community in Malaysia.

The tour continued to the Autism Screening Booth organised by ABC Therapy Centre for free, followed by a visit to the Calm Room located on the lower ground floor and Sensory Walls at level 2 and 3. The event ended with a movie screening sponsored by TGV Cinemas titled ‘Redha’, a Malaysian film dwelling on the topic of an autistic child.