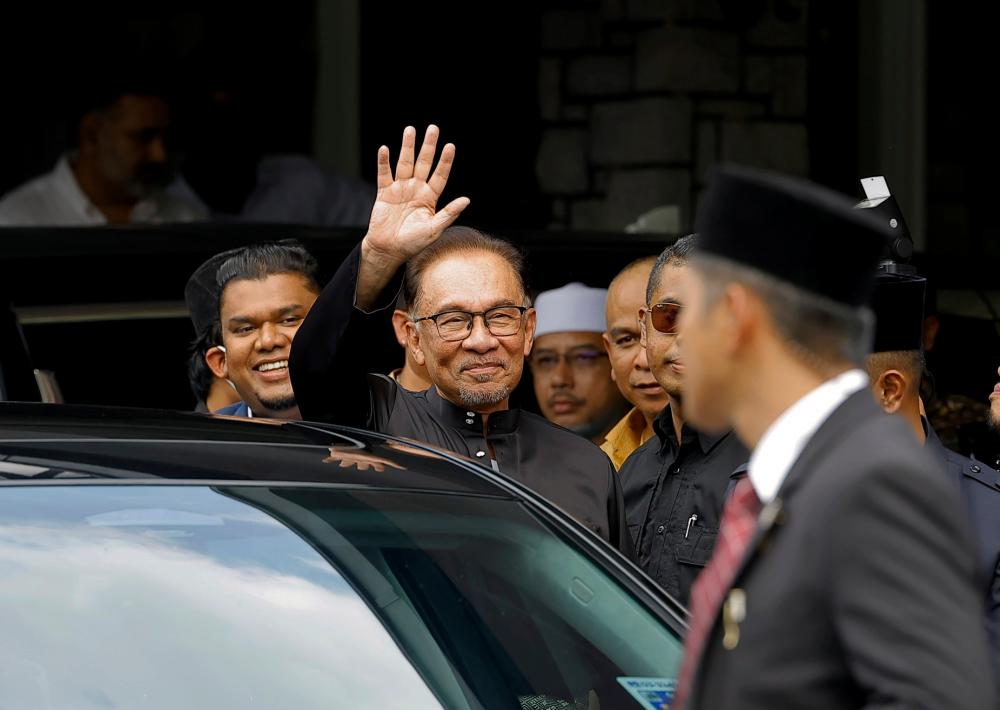 IT was indeed thunderous, the claps and cheers, with congratulatory messages floating generously on social media and on other digital platforms. Malaysians rejoiced, heaved a sigh of relief that at last it is a wait that ended on a high note and hope.

I saw a video of a man who was ecstatic, who ditched his car and started shouting in uncontrollable joy after he must have heard the announcement of the 10th prime minister (PM) on air. The 56-second video showed the man thumping his hands in the air, showing his delight dramatically.

Yet, there were others who did it in other ways.

I read trending news that people of various faiths performing prayers and rituals for granting us a PM who has gone through many trials and tribulations before assuming the top executive post in the country.

Datuk Seri Anwar Ibrahim is a legend himself, and stories of him are worth telling and retelling. It will be a tale of a man who stood against the odds for decades with resilience, as his power and patience supported him.

Having been ridiculed, harassed and even imprisoned twice, he had enough time to grow in maturity and wisdom, and now stands tall as a victorious man.

At each stage of his downfall, he picked up the courage to stand up stronger than before, and never gave up hope of one day becoming the PM, and that dream was fulfilled after several episodes of drama post the 15th general election (GE).

Malaysians were kept on edge for days, with feelings of anxiousness and anxiety. People from all walks of life, race and creed prayed with hope that Malaysia’s glory be returned with a new PM.

As Malaysians, we are hoping that Anwar, as the knight in shining armour, will set things right from the grassroots level. It will take time but it must be rapid for Malaysians to accept the reality of things.

It is especially magnanimous that apologies were exchanged by politicians so freely, without fear or favour, and this shows we have come of age and have put the country above self. It is our desire to see Anwar stay the course and do what is best for Malaysia as an inclusive country that we can all be proud of.

To those who are still holding on to race as a trump card, it is time to bury the hatchet and adopt the “live and let live” attitude. Let us be humans first and emulate humanity at all levels.

The losers in GE15 should now know what the people’s mandate is, and anything that is not in line will be thrown out of the league in the next GE.

Having said that, Anwar cannot rest on his laurels as there may be schemers out to weaken the government, and for this reason he must be armed to the teeth.

As they say “in for a penny, in for a pound”, our PM has to do whatever it takes to take the rakyat’s mandate through until the next GE. The price may be high and it may not be in dollars and cents, but sweat and toil.

With the PM having promised to form an inclusive government, its soldiers in the yet to be announced Cabinet should manage the needs and expectations of all communities, and there may not be a need for race-based appointments for ministerial positions. Only the best and the most capable should have a seat with clear KPIs (key performance indicators) spelt out and their performance monitored regularly.

Malaysia has urgent matters to resolve –rising prices of commodities and services, lack of jobs and the weaking ringgit are just a few on the plate, and it is time for the PM and his yet-to-be-named ministers to put on their working boots and get to the ground. And it must be a concerted fight against corruption that will bring Malaysia to its glorious days.

Well done to the rakyat and good luck to our 10th PM.