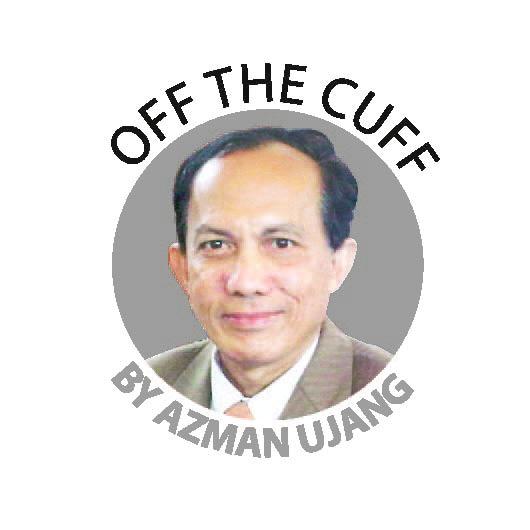 WHAT is all the fuss about the efficacy of this and of that vaccine type in the nation’s inoculation programme against the Covid-19 pandemic?

A lot of time and energy is being wasted, especially on social media, to cast doubt on or bad-mouthing vaccine A, B or C. All this has the effect of discouraging people from registering or going for vaccination and contributing to Malaysia still being behind schedule in the vaccine rollout, the most critical means of containing the spread of the deadly virus.

As reported in the media recently, at least 50,000 who have registered to get themselves vaccinated in Kelantan, Perak and Kedah failed to show up for their appointments. This is the sad side to the government’s all-out and no-expense-spared effort to vaccinate the people in order to achieve the targeted herd immunity to flatten the curve on Covid-19 by year-end.

I just cannot come to terms with whatever kind of thrill or satisfaction these people get at the end of the day by spreading fake news or lies about the risks of vaccination or vaccine type.

Quite a number of them are apparently very educated people at that. A rather new terminology emerged recently to describe such people – anti-vaxxers.

Some of the critics of the vaccine policy or rollout had even called Khairy Jamaluddin, the coordinating minister of the inoculation programme, a “murderer”, as Khairy himself revealed on Tuesday.

Khairy said this happened after he announced earlier that the government was studying the possibility of a “mix-and-match” method to improve vaccine efficacy.

In other words, those who on their first dose were given the Pfizer vaccine would not necessarily get the same vaccine type for the second dose but could be given AstraZeneca. What’s wrong with doing so anyway?

All vaccines that are being used have been approved by no less than the World Health Organization (WHO).

Are these anti-vaxxers telling us that the Germans are risking the life of their No. 1 leader by mixing the vaccines?

Oh come on you people. It’s no brainer, just use your common sense. All vaccines are basically the same and the only thing that distinguishes them is the brand names.

If this is not the case, then the WHO or other authorising agencies would not have allowed the various vaccine names to be used at all.

In this regard, I very much like what our de facto Law Minister Datuk Seri Takiyuddin Hassan said recently that anti-vaxxers could risk action under the Sedition Act if they are found to be inciting people against the Covid-19 vaccine.

So please be warned, stop such incitement. As prominent social activist Tan Sri Ramon Navaratnam bluntly said, these people have caused undue alarm, restlessness and disunity among the people. “Take action against those spreading false and fake news, regardless of who they are,” he told theSun.

This is the kind of irresponsible acts that Health Director-General Tan Sri Dr Noor Hisham Abdullah alluded to when he said our infection rates are still high because there’s no national unity in fighting the pandemic.

And at the same, Ramon wants the government to counter the “infodemic” by using medica experts to air their views widely in all channels, especially via the social media. Then there are those who lose sleep over the so-called “side effects” of the vaccine after getting their jabs.

It is this sort of triviality that gets on your nerve sometimes. By this I mean, they worry about getting some temporary post-vaccination discomfort or effects without looking at the larger picture, which I never fail to tell them every time I get their WhatsApp texts.

And the larger picture is simply this – the effects or side effects of not being vaccinated are far too devastating in that one can get infected by the virus, which is equally deadly, and can infect others, especially family members as well! And this is one reality that never seems to dawn on or enter the brain of anti-vaxxers.

I must also mention that it has given me great satisfaction that I managed to get some relatives and friends who previously refused to register for the vaccination to do so via the MySejahtera app. I convinced them just by using common sense, which could indeed be a powerful tool to get others out there who are still hesitant or reluctant to do likewise.

A few weeks ago in this column, I quoted Philippine President Rodrigo Duterte as saying that his administration policy is not to reveal vaccine brands to be used at inoculation centres. It was meant to avoid congestion arising from people’s preference for a certain brand.

Duterte is again in the news this week when he told Filipinos that he would send them to jail if they do not get vaccinated. “You choose, you get yourself vaccinated or I’ll have you jailed. I tell you, these police jails are dirty and foul-smelling. Police are lazy to clean them, that’s where you will be,” he said in a television address.

Perhaps it makes sense for us here to make vaccination mandatory.

To the anti-vaxxers, stop what you are doing and instead be grateful that we all are getting access to the vaccines for free and at convenient places, while those in far-flung rural areas are also getting theirs.

Always remember these words of wisdom: No one is safe until everyone is safe.