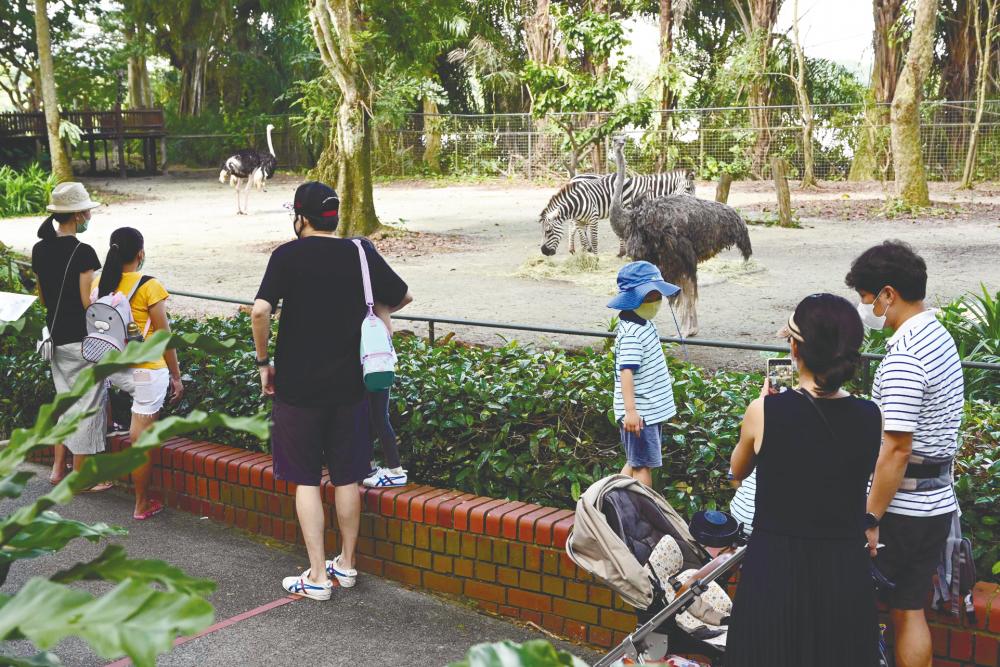 MANY activists and animal lovers have raised concerns over the relevancy of zoos in the post-Covid-19 era.

They believe that we, as humans, need to be more empathetic, considering we have now experienced what it feels like to be caged.

They say being restricted has a detrimental effect on our wellbeing and on animals in zoos.

So, should zoos close their doors?

Well, there are many answers to this question. However, many experts believe that we need zoos to complement wildlife conservation efforts.

Of the animals in Zoo Negara, 85% are endangered species and 15% are heading towards extinction.

Hence, similar to other zoos worldwide, Zoo Negara has carried out many breeding programmes to help conserve wildlife.

The zoo also plays a significant role in educating and creating awareness about different species of animals, as well as helping visitors understand the connection between humans and animals.

It is vital for zoos to study and understand how species interact within their ecosystems, as well as how they are affected by environmental and human influences. With this understanding, zoo managers will know how best to provide suitable settings and enclosures for the captive animals.

Scientists at Queen’s Animal Behaviour Centre in Belfast found that classical music and scents such as lavender help to calm dogs kept in animal shelters. Plus, shielding gorillas in zoos from visitors with camouflage netting over the viewing windows helps prevent the great apes from becoming agitated.

Indeed, there are many ways to enhance the animals’ psychological wellbeing, but one thing is certain, there is no “one size fits all” model. One needs to take into account the wide range of animals’ biological requirements and needs.

All necessary measures should also be taken to ensure the animals are not abused. Instead of being kept in cages, many animals in captivity are now in open and spacious enclosures that allow them to move freely, but with enough barriers between them and humans.

As for the zoo keepers, they are trained to be aware of and avoid fear-evoking behaviour. This is to prevent negative interactions and poor relationships with animals in their care,

Visitors play a significant role too. They need to ensure that they do not disturb the animals by making excessive noise or throwing food or objects into the animal enclosures to get their attention.

Unruly behaviour by visitors will cause distress to the animals and have a negative impact.

The Covid-19 pandemic has not only upended our way of life but also dramatically impacted zoo animals.

Zoologists point out that intelligent and social animals, including gorillas, otters and meerkats missed the attention of humans during the movement control order (MCO).

It seems like we are not alone amid the pandemic – animals do feel and react like humans.

Zoo animals are accustomed to routines and schedules. During visiting hours some in the crowds like to call out their names. Hence, when human visitors were absent, some of the animals were reported to have suffered from boredom and loneliness.

Muhamad Akramin, who is with the Public Relations and Marketing Department of Zoo Negara, said some of the zoo staff remarked that the animals appeared to notice the silence during the MCO.

As a result, zoo employees made an effort to talk to the animals and visit them frequently to give them attention and keep them “occupied”.

Paul Rose, a lecturer in animal behaviour at the University of Exeter, said that without human visitors, some animals showed lack of stimulation.

“Some animals such as primates and parrots, get a lot of enrichment from viewing and engaging with visitors. It is beneficial to the animal’s wellbeing and quality of life. If this stimulation is not there, then the animals lack the enrichment,” he said.

At Giza Zoo in Egypt, the zoo’s management established a programme that focuses on entertaining their animals. They focused on proper nutrition to keep the animals healthy, provided them with their favourite food, and the necessary medical care to maintain their health and increase their immunity.

However, some animals seemed to enjoy the new-found quiet and made the most of it.

In Hong Kong’s Ocean Park, Ying Ying, one of its resident pandas, is pregnant after 10 years of natural mating attempts.

Michael Boos, executive director at Ocean Park, said, “Today’s successful natural matching process is highly thrilling for us all, because the probability of conception by natural matching is higher than through artificial insemination.”

Across the board, zoologists conclude that changes in the usual routines of zoo animals affect different species in different ways.

As it will be some time before foreign tourists are allowed into local zoos the need of the moment is for more Malaysians to visit our zoos.

Important to take note that animals in zoos are undergoing their post-MCO fuzz and need time to adapt, just like humans.

Keepers and other zoo staff will always be on hand to guide you, helping enforce social distancing and supporting you on how to interact with the animals appropriately. 3.Police to continue with ‘Op Tapis’ to identify drug lords