Avoid another lockdown at all costs, please 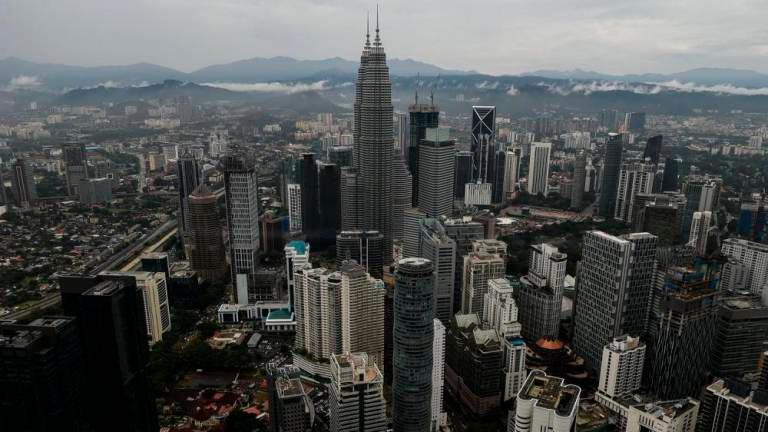 THE most dreadful fear among the entire 32 million Malaysian population now and in the immediate future is the possibility of another round of lockdowns amid the emergence of the Omicron variant in our already two-year battle against the Covid-19 pandemic.

And even at the infant stage of this emerging variant, it is crucial for authorities managing the pandemic to come out with an emphatic assurance that the way out is not to repeat what was done in year one last year when a series of lockdowns was implemented.

Yes, there were many useful lessons learnt as all stakeholders were understandably panic-stricken then like elsewhere globally, but having learnt these lessons, we, especially the rakyat, should and could be better informed and prepared to take care of ourselves, moving forward.

No country in the world can be expected to keep its citizens safe from the pandemic 24/7 without the people themselves strictly observing the standard operating procedures (SOP) such as physical distancing, wearing masks, avoiding large groups and being continuously vigilant in protecting ourselves and our loved ones.

First and foremost, the better and more effective way to handle the situation come what may is not to press the panic button as was previously done.

We have seen the economic devastation from previous lockdowns leading to the forced closure of tens of thousands of industries, especially the small and medium enterprises, with hundreds of thousands losing their jobs.

And a higher number than that having salary cuts and livelihoods turned upside down.

The impact of losing livelihoods in countries labeled as welfare states where the jobless can line up to collect their dole so that they can put food on the table won’t be that devastating, but not in ours where we need to earn a living to survive.

During the height of previous lockdowns, so many industries were ordered to close not only because their workers were yet to be vaccinated, but due to them being categorised as “non-essential”.

I fail to understand this categorisation by the International Trade and Industry Ministry until today simply because the question that can be asked is: “non-essential to who?”

The fact that these industries existed at all in the first place means that they are essential in one way or another otherwise they would have closed shop.

Just take a simple example, bread-making factories are essential industries for food supply, but if factories making plastic wrappers for the bread are closed because they are regarded as non-essential even the bread factories would have to close.

All industries are related via their supply chain and this sort of categorisation should stop once and for all.

If such industries were ordered shut down due to their workers not getting jabbed with the vaccine then the most logical thing to do is to prioritise the inoculation of their workforce as a matter of urgency.

What was done previously was these industry workers were placed lowly in the pecking order of vaccination.

There is also absolutely no logical reason to opt for a lockdown because by now we are about to reach the fully vaccinated level, except of course for the small number who are still stubborn anti-vaxxers for reasons best known to themselves.

If they continue to do so, they remain a serious health threat not only to themselves but to others around them as well.

With booster shots being administered as well, it’s all the more reason for one and all to look forward to a much safer new year 2022, looming round the corner.

The government should seriously take note of a warning by Malaysian Employees Federation president Datuk Dr Syed Hussain Syed Husman, that another lockdown would only derail business recovery and cause severe disruptions to the supply chain.

“We have learnt from past experience that lockdowns have an adverse impact on the sustainability of economic recovery, employment and mental health,” said Syed Hussain.

Just count the unprecedented number of suicides reported during the height of the lockdowns.

Instead, enforcement of the SOP should be enhanced with constant reminders to the population to remain vigilant by strict compliance with the SOP.

Of immediate concern or even nightmare, especially to frontliners who have been on their toes without a break for almost two years now, is the Sarawak state election, with polling day hardly two weeks away on Dec 18.

It would have made a world of difference had the Election Commission reverted to the old format of staggered polling just like in the 1970’s and early 80’s in Malaysia’s biggest state.

In those days, due to communication and logistical problems elections in Sarawak took as long as almost two weeks to complete before it was gradually shortened and eventually turned into a single day of polling only, just like in Peninsular Malaysia.

Staggered polling would avoid overcrowding of people lining up to cast their votes all on the same day.

When Sabah was forced to stage the snap state election in September last year due to what is now known as political frogs hopping from one party to another, just look at the sharp rise in Covid-19 infections exported to the peninsula as well.

Such spikes were also registered following the recent state election in Malacca.

As University of Malaya head of social and preventive medicine Dr Victor Hoe pointed out, another lockdown would do more harm than good.

Certainly it is critical to strike a balance between lives and livelihoods, but lives can be better managed without killing livelihoods than otherwise.

Whether Health Minister Khairy Jamaluddin wants to call the period we are in now pandemic or endemic, it really doesn’t matter as the infection is still spreading.

We salute his ministry for all the work and sacrifices done. But no more lockdowns, please, at all costs.