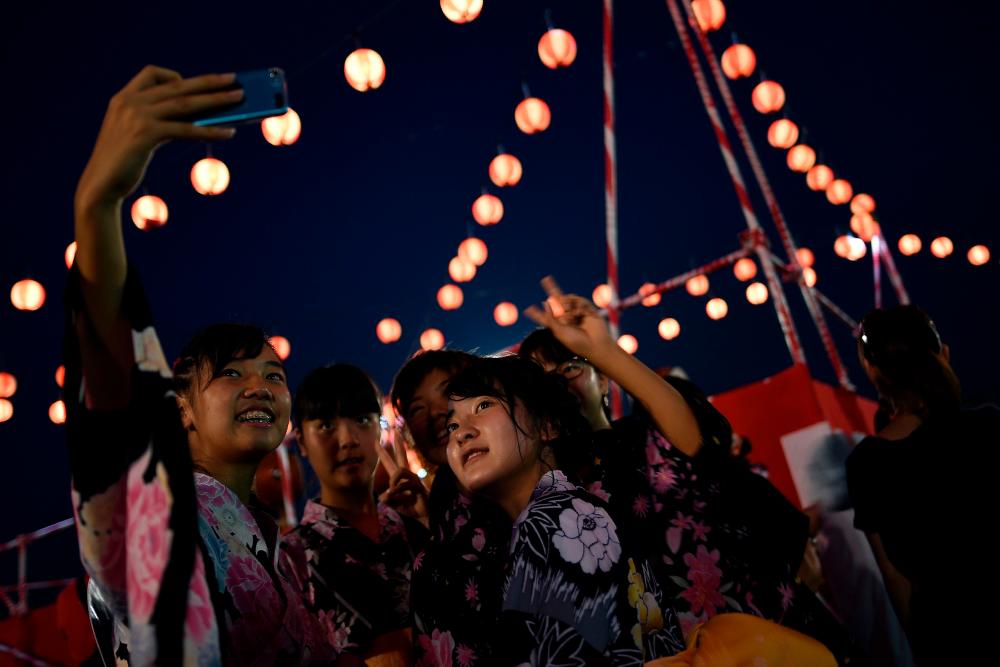 CONTROVERSY over a Japanese drum-and-dance festival planned to be held on July 16 in Shah Alam has thrust to the surface long-held misperceptions about the purpose of rituals in religion. These misperceptions, fuelled by prejudice, are crippling the nation’s efforts to forge greater multicultural and multireligious unity. Instead of building a Keluarga Malaysia, we may be heading in the opposite direction.

Did anyone imagine that the popular Bon Odori festival that had been organised in Malaysia every year since 1977, except for two pandemic years, would be critiqued for having Buddhist content? Even the Buddhists are perplexed.

If Bon Odori is their festival, why is it missing from the Buddhist calendar of holy days? Even the Japanese are surprised. They go in busloads to the cultural fiesta for the joy of comradeship, and one thing is for sure: The Japanese go in their cultural dresses and not prayer robes.

A Cabinet minister has made the startling announcement that Bon Odori contains religious elements. For sure, it has roots in the thousand-year-old Japanese ritual of venerating ancestors. However, the modernised Bon Odori held in Malaysia is quite different from the traditional Obon festival still celebrated by households in Japan. The modernised Bon Odori brings Japanese and non-Japanese together in a totally non-religious setting, and sometimes it resembles a children’s party.

Why do Malaysians flock to Bon Odori? It is because they have a positive image of Japan and they want to experience the thrill of the pulsating Taiko drum beat, hear folk songs and music, see women in yukata perform the yosakoi dance, enjoy sushi and tempura, hold a sensu or folded fan in their hands, pick up some travel brochures, and strengthen their relationships with Japanese neighbours, office colleagues or business associates. It fosters deep people-to-people linkages between Japan and Malaysia.

The traditional Obon festival is also a noble ritual. Is it wrong to be at a celebration to honour ancestors? Don’t all religions and cultures implore the young to honour the departed? Filial piety is the common value underlying different forms of ancestral remembrance, all of which are intended to strengthen multigenerational bonding.

At Qing Ming and All Souls Day – the equivalent of Obon – cousins, uncles, aunties, nephews and nieces meet at the gravesides to start a day of family reunion.

Even if someone mounts the stage to recite a Buddhist prayer before hitting the Taiko drum, should all the non-Buddhists go home?

In Malaysia, prayers are said before the start of most celebrations, events, weddings or conferences. Usually, it is just the prayer of a dominant religion. But there are seminars in which representatives from various religions are on stage to recite their prayers, one by one. Are you going to leave each time you hear a prayer of another religion?

Are Malaysians adopting a narrow exclusivist religious outlook instead of a broadly inclusivist frame? Do not fear the rituals of another religion, for behind every moralistic ritual there is a noble intention.

For instance, at Thaipusam, devotees break thousands of coconuts. The coconut represents your ego, and it is this idol that you must smash to please God. Egoism or self-worship is the highest form of idolatry.

When Prime Minister Datuk Seri Ismail Sabri Yaakob launched Keluarga Malaysia, he explained that its inclusive nature transcending the boundaries of religion and ethnicity were important to help the country recover from the pandemic.

He quoted a Malay saying that families did not just refer to blood relations. To follow his good advice, Keluarga Malaysia must go beyond religious lineage as well.

However, some religious officials have categorised the Bon Odori celebration as an expression of polytheism, because the spirits of ancestors are allegedly worshipped. There is a misperception about the understanding of rituals that has long divided the major world religions into two geographical stocks: The West Asia-Europe stock (comprising Judaism, Christianity, Islam) and the South Asia-East Asia stock (comprising Hinduism, Jainism, Sikhism, Buddhism, Confucianism, Taoism, Shintoism).

In most of the South Asia-East Asia religions, ancestor worship is a big thing. However, the term is a literal translation (bai in Chinese and suhai in Japanese). With context in mind, the right translation is ancestor veneration. Reserve the word “worship” for God.

Just as in the West Asia-Europe tradition, in the South Asia-East Asia tradition, ancestors are not really deemed to be gods. Grandpa and great grandpa are gods? Surely not. They are venerated, but the act of veneration appears to be like worship.

In some religious traditions, ancestor veneration looks superstitious as food is served to them. It is merely a gesture of continuing filial piety. Nobody seriously believes that the spirits of ancestors come down for a meal. After the ceremony, family members eat the food that has been offered to ancestors as it signifies the bond across multiple generations that brings life, love and livelihood to the family. In observing this ritual, children learn to be respectful towards the elderly.

Why do these South Asia-East Asia traditions fawn over the ancestors? It is because their roots are in farming. They are primarily agricultural civilisations. This is why the Tamil harvest celebration, Ponggal, is another big thing and you will notice that farm products such as rice, cashew nuts, raisins and ghee are cooked. The sole animal product is milk, harking back to the past when cows helped out in the farms. Similarly in Borneo, the Hari Gawai and Hari Kaamatan harvest festivals are important.

Farmlands are fixed to the ground and inherited by each new generation. Also the family lineage has been involved in labouring on the farm for hundreds of years. These features of farming life intensify the veneration of ancestors.

In contrast, the civilisations of West Asia-Europe are mainly pastoral and dominated by herders who drive their cattle, sheep and goats for miles in search of new grazing land. There is lesser anchoring to the ground, and hence, the tradition is merely to honour the ancestors.

National leaders must know and appreciate the noble intention behind each moralistic ritual in every religion other than those of their own faith. We must smash the coconut and not live under a coconut shell egoistically ignorant of the diverse ways that ethical values are expressed.

If every religious community isolates itself within its own particularities and shuns the commonalities that we share with others in Keluarga Malaysia, there will only be continuing disunity stalling progress.