Can Asean bring US, China together? 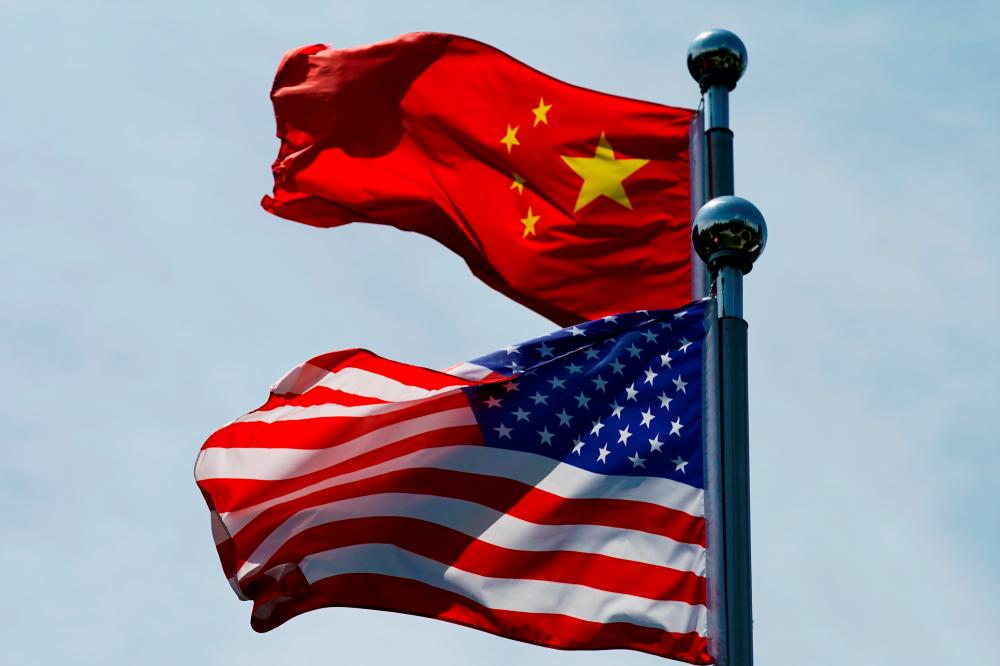 IN an earlier article, we warned about the danger of Asean being sandwiched between the United States (US) and China in the event of a new cold war that has the Indo Pacific and South China Sea regions as its main battle front.

The US strategy in targeting China as an enemy can only bring about adverse consequences in the form of an intensified arms and militarisation race.

The most pessimistic outcome could be a nuclear holocaust which will affect all humanity.

Although put on the defensive by the US identification as a rival to be brought down, it is in China’s interest to refrain from retaliation and to work towards a peaceful and amicable outcome in the contestation that has emerged between them.

Meanwhile, concerns are growing that the US and China could be moving to the brink of a nuclear war as the contest for primacy grows more intense.

The biggest danger seems centred on the South China Sea, which China claims as its own, using logic not much different from the Monroe Doctrine that the US has employed in the Caribbean and Latin American world since 1823 to claim that any intervention in the politics of the Americas by foreign powers is a potentially hostile act against the United States.

In January, to underscore the nuclear and other perils, the Bulletin of the Atomic Scientists moved the Doomsday Clock from two minutes to 100 seconds to midnight. This is closer to humanity’s doomsday hour than at any time since its creation in 1947.

According to the Arms Control Association, there are 13,500 nuclear warheads in the world.

Ninety per cent are held by Russia and the US with a total payload of 6,600 megatons, enough to destroy the world many times over.

Is the world moving closer to Herman Kahn’s theory of “Thinking the Unthinkable” (1960) i.e., of states using thermonuclear weapons to win unwinnable wars?

Will China or its North Korea ally nuke Japan for its current and past anti-China and anti-Korea policy and its support of US military dominance?

Is Washington thinking the unthinkable against China that is unlikely to flinch in the face of threats from the US?

Instead of the US overreacting to China’s growing military, economic and cultural power or China taking advantage of declining US influence to pursue a more aggressive foreign policy, both superpowers need to bury the hatchet and minimise their geopolitical differences to foster peace and stability in the world.

They ought to mobilise their resources to overcome their own domestic shortcomings and just as, if not more importantly, turn their attention to the defining crisis of our time: Covid-19 and climate change.

Can this idealistic scenario play out on the global geopolitical stage and what can make it happen?

On Jan 3, a rare joint statement by the Five Permanent members of the United Nations Security (UNSC) consisting China, France, Russia, UK and US affirmed:

-> Nuclear weapons – for as long as they exist – should serve defensive purposes, deter aggression and prevent war;

-> The importance of preserving and complying with bilateral and multilateral non-proliferation, disarmament, and arms control agreements and commitments to avert a nuclear holocaust; and,

-> The intention to continue seeking bilateral and multilateral diplomatic approaches to avoid military confrontations, strengthen stability and predictability, increase mutual understanding and confidence, and prevent an arms race that would benefit none and endanger all.

Besides reaffirmation of the grouping’s agreement on the nuclear issue, the statement is significant in that the five signatories point to their desire to work with “all states” and their resolution “to pursue constructive dialogue with mutual respect and acknowledgment of each other’s security interests and concerns”.

This is a clear recognition of the multipolar global system and a repudiation of the uni- or bipolar world posited by advocates of US and Western dominance and hegemony.

Opening for Asean to leave a mark

The Association of Southeast Asian Nations (Asean) should follow up on this important opening provided by the UNSC to advance further its opposition to Aukus and to reiterate the anti-nuclear position of the member countries.

This step is necessary to ensure that Southeast Asian nations do not become embroiled or compromised in the US led campaign against China.

A more difficult option for Asean to pursue, but one potentially more beneficial to the cause of peace and security, is for the Association to play a role as a referee or as an honest broker in the conflict between the two superpowers rather than taking the side of either power.

If Asean member states can become an honest broker to mitigate the rivalry between the two, they would do the region and humanity a great service.

Nevertheless, it is a challenge that we urge Asean to consider in the next round of its engagement with the two superpowers.

The scenario of the “Thucydides Trap” situation describes the tendency towards war when an emerging power threatens to displace an existing great power as is clearly happening now.

In addition to the Thucydides Trap, there is also the danger of the two superpowers falling into what is known as the “Churchill Trap”.

This term refers to the long-term confrontation that took place between the US and the former USSR, which also drew in small and medium-sized countries and inflicted enormous damage to all participant nations, together with the two contesting powers.

Possibilities also exist for the pursuit by Asean member states of an enlarged and stronger concept of non-alignment that can go beyond the traditional policy of non-participation in the military affairs in a bipolar world.

It may sound a tall order for small states in Asean to help moderate the US-Sino rivalry and to turn attention to the challenges to humanity identified by the Doomsday Clock scientists and other experts. Nevertheless, it is one worthy of consideration.

How to insert and operationalise a comprehensive concept of non-alignment into global relations so that small and medium-sized nations that comprise the Non-Aligned Movement and Asean can exert a moderating influence in our multipolar world is a subject that we hope can feature prominently in think tank circles and Asean’s future planning.

Looking further beyond the field of global politics, Asean should use its influence to lobby China and the US to work more closely to address the many urgent challenges outside the political arena.

These socio-economic and environmental challenges threaten regional and global peace and security just as much or even more than the arms race and militarisation.

Among poorer countries, in addition to the long-standing challenge of mitigating water and food shortages, reducing poverty and inequality, and helping ensure sustainable development, the pandemic impact threatens to push back whatever development gains have been made during the past decade.

At the global level, the World Resources Institute has identified seven challenges that must be addressed to reduce poverty, grow economies and protect natural systems. These are food, forests, water, energy, cities, climate and the ocean. These challenges are not only inextricably linked.

They are at greater risk than ever because of the impact of rapid and uncontrollable climate change, which every country is unprepared for or is inadequately dealing with.

Today the severity of the damage to economies, livelihoods, health, and overall development brought about by the pandemic and environmental changes has never been so clear.

Indicators of rising oceans, declining ice levels, shifts in snow and rainfall patterns, melting glaciers, and increased land air temperatures have reached an all-time high since data trends were recorded during the past 150 years or so.

In Malaysia, the impact of climate change and a warming Earth has been painfully brought home by the ferocity of recent floods.

Considering the enormous costs and adverse consequences arising from any move towards new forms of the cold war, it is imperative that the two superpowers, together with other key nations, put aside their geopolitical differences to provide the leadership necessary in managing the global commons and our endangered resources.

Lim Teck Ghee’s Another Take is aimed at demystifying social orthodoxy. BA Hamzah is a student of geopolitics and international law. Comments: letters@thesundaily.com