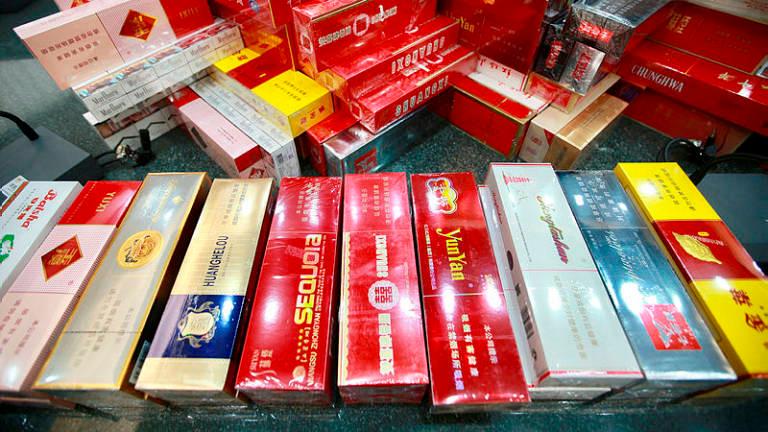 Previous measures such as raising taxes and the price of tobacco in a bid to reduce consumption had not only been ineffective, but also catapulted the growth of the illegal cigarette market.

THE government’s plan to reduce the number of smokers by 15% by 2025 may be a little far-fetched as they ignore exploring more practical and efficient methods available.

Previous measures such as raising taxes and the price of tobacco in a bid to reduce consumption had not only been ineffective, but also catapulted the growth of the illegal cigarette market.

However, it would face many hurdles as it was still not well-received by Malaysians in general.

She said there were still concerns over the efficacy of non-tobacco nicotine products on top of the notion that e-cigarettes could increase smoking gateways among youths.

She added there was also the issue of no proper monitoring of tobacco alternative products, electronic nicotine delivery systems (ENDS) and heat-not-burn (HBN) products, such as IQOS.

At the moment, rules and regulations only cover the selling of nicotine products and are categorised under the Poison Act 1952.

This clearly states that the supply and sale of any preparation containing nicotine is only allowed by licensed pharmacists and registered doctors for the purpose of treatment.

Dr Sharifa was speaking as a panellist during the summit’s discussion titled “Tobacco Harm Reduction in low- and middle-income countries”, where she told the panel the government was taking a harder stand with its plan to introduce the standalone Tobacco Control Act to replace the Control of Tobacco Products Regulations 2004, which seeks to tighten control on all types of tobacco products.

Speaking on the sidelines, she told me the new act will deem nicotine products, including vapes and HNB devices, as tobacco products and will be enforced as such and likely to be totally banned.

“This means only vape with non-nicotine e-juices will be allowed in the market.

“This would only lead to less ‘safer choices’ for hard core smokers to transition to safer practices and options,” she said.

She added the traditional cigarette, also known as combustible smoking, has been known to be more hazardous not only to the smoker themselves but also to those around them as opposed to the alternatives like vapes and HNB due to the lack of tobacco combustion.

This, she said, was compounded with the large availability of contraband and illicit cigarettes that are abundant in the market at a low cost.

Dr Sharifa also acknowledged there has been a visible dip in smoking prevalence in the country following its rigorous anti-smoking strategy nationwide.

However, she said it could not be taken wholeheartedly since the authorities were unable to determine whether former users had switched to contraband cigarettes, vapes, HNB or that they had truly quit smoking.

“No proper study has been concisely implemented to look at the nature, but nicotine replacement therapy (NRT) is very common in Malaysia.

“However, implementation wise, it does have its concerns of access, lack of availability, and standardisation across urban and rural areas, and lack of trained health personnel in rural settings.

“Many studies have shown that all types of nicotine products such as vapes, ENDS and NRT rate is curtailing persistent smokers are almost similar,” she said.

She added that in ENDS, psychological and motivational support must coherently be implemented for hard core smokers that may not possess the needed rigour to quit smoking.

The major game changer here, she said, was for ENDS to be regulated and enforced.

The recent tabling of Budget 2021 may help with this seeing that the government is planning to implement taxation on electronic and non-electronic cigarette devices and vape liquid next year. The announcement surprised many both in positive and negative light.

Malaysian Organisation of Vape Entity president Samsul Kamal Ariffin hopes the government will reconsider not taxing non-nicotine vape liquids, while Malaysia e-Vaporisers and Tobacco Alternative Association president Rizani Zakaria urged businesses to accept the announcement as it serves as a starting point for the industry to finally be regulated.

However, Health Director-General Tan Sri Dr Noor Hisham Abdullah in a statement said that the new tobacco control law must first be introduced above everything else.

He was quoted as saying that without such a law, it would be difficult to regulate and impose excise duty on vapes and liquids.

He added the ministry needed to conduct further research on the matter before any form of taxation could be implemented effectively.

Until these smoking alternative devices and products are correctly enforced, Dr Sharifa said it cannot be used or referred to as a safer alternative against cigarettes.

“Why do I say such? Vapes and e-cigarettes are currently easily accessible. There is no proper enforcement on labelling of nicotine concentrations doses (strength) inside the e-juice.

“The content can easily be altered by back door pedlars and illicit industry, tampered with, leading to the addition of malicious products and also might contain fungi, contaminants, heavy metal, drugs and cannabis. The list goes on and on.

“The alternative solution would be enforcing ENDS and following strict rules such as in Europe and the United Kingdom where providers are trained on how to implement proper counselling, providing psychological support to smokers, changing their behaviours while instilling continuous motivation to stop smoking,” she said.

She said the products must also be child-proof and cannot be tampered with, while switching must be monitored and users must be continuously reminded that for those who switch their end goal is to totally abstain from nicotine within the targeted time frame.

“Stopping cigarette smoking will be better mitigated through ENDS enforcement rather than a complete ban.

“As it is now, the country has not been successful in controlling contraband cigarettes and it is highly foreseen that we will experience similar failure in ENDS control and demand,” she said.