In the course of change, perhaps in the next few decades, a new influential element will appear on the stage of global politics, which will change the existing structure and create a new strcture 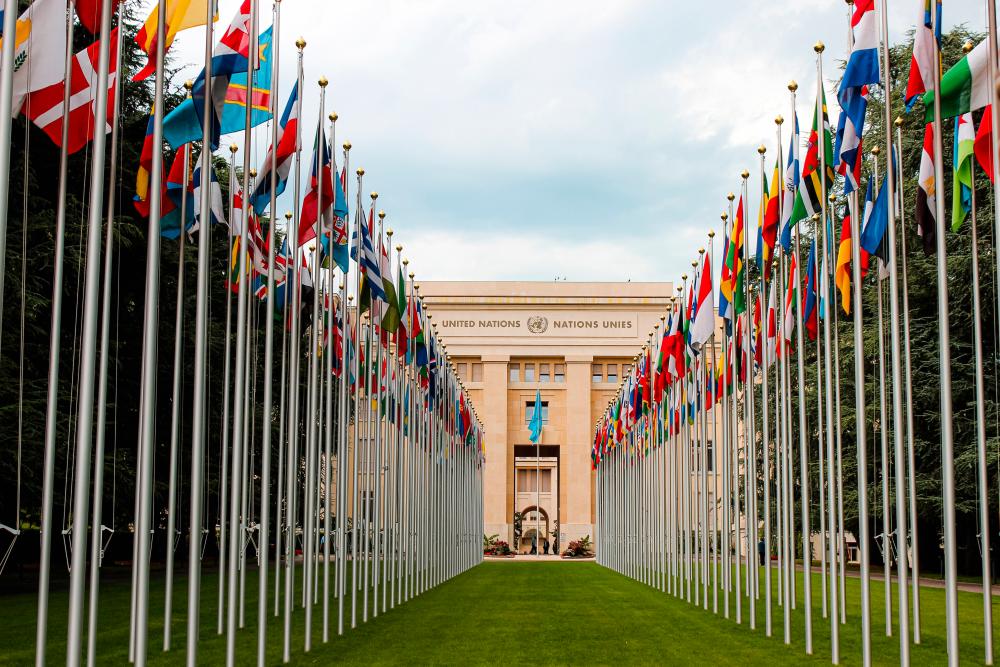 THE global political structure is changing. When a stronger new structure appears in a moving structure, the previous structure loses its dominance.

After World War II, the ideological conflict between the US and the former Soviet Union centered on proving whose ideology was better and stronger.

The whole world was then divided into two parts capitalism and socialism.

Democracy, liberalism, and the market economy, the main ideological elements of the capitalist bloc or the western world, prevailed after the Soviet Union officially broke up in 1991.

Francis Fukuyama, an American scholar of Japanese descent, published his famous thesis, The End of History and The Last Man, in 1992, the year after the break-up of the Soviet Union.

He emphasised that Liberal Democracy and the Liberal Market Economy were the last resort for the state. It is to be noted that these elements of the West have been harshly criticised by those who are known as post-modern scholars.

Among them are Michelle Foucault, Edward Saeed and Derrida, and the late American scholar Ronald Inglehart in May 2020. They have identified Western modernity as “instrumental”.

Fukuyama’s doctrine, published in 1992, did not dominate the world for long. This was because of the naked critique of Western modernity by post-modern scholars and the book Risk Society: Towards a New Modernity by German scholar Ulrich Beck, was published in 1992.

In his book, Beck argued against the doctrines of Fukuyama and Huntington, saying that unless Western structured politics and economics were not taken into account, risky societies would be created or the environment would not be protected. The strong environmental movement started after the nineties.

Almost a decade later, the aftermath of Sept 11, 2001, terrorist attacks in the US changed the course of world politics. The US and its allies launched a worldwide “war on terror”.

As George W. Bush declared at the 106th session of Congress, countries that will not be with us in tackling this crisis are on the side of terrorists.

So far, there is no conclusive evidence as to who or what carried out the attack.

The US and its allies, based on speculation, launched an attack on Afghanistan the following month, which lasted 20 years.

In 2003, the US and its allies launched another offensive in Iraq. Many claim it was revenge for the 9/11 attacks.

A decade after the invasion of Iraq, Blair acknowledged in his speech that “for all this, I express more sorrow, regret, and apology than you can ever know or believe”.

But the whole world was terrified in the name of terrorism and terrorist attacks.

The situation was such that if there was an attack, there was panic in the minds of people that it was a terrorist attack.

After the accident, the state said it was investigating whether it was a terrorist attack. But that was not the case before the September 2001 attacks.

The war on terror in the West has had such an impact that anti-terrorism laws have been passed in the legislatures of almost every country in the world.

The Biden administration withdrew troops from Afghanistan after the US had fought terrorism for 20 years. US troops have also left Iraq. Power in Afghanistan is now in the hands of the Taliban.

US-backed President Ashraf Ghani has fled to neighboring Tajikistan to save his life.

Saigon’s fall into the hands of the pro-socialist North Vietnamese in 1975 is reminiscent of the American tail wagging.

The Americans then fled with their tails rolled up, this picture is still widely circulated around the world.

With regard to Afghanistan, the Biden administration is now saying that the solution to the Afghan problem can only be found through negotiations, not the use of force.

The Biden administration’s foreign minister has acknowledged in a statement that the 9/11 attacks were carried out in Afghanistan.

But for what has the US military been fighting for two decades, is the Taliban no longer terrorist in their eyes?

Don’t the Americans think that Al-Qaeda no longer has a presence in Afghanistan? The US, known as a world leader, is not obliged to answer that question.

But who is to blame for all the civilian casualties and trafficking of women in Afghanistan during the 20-year war?

Will the Americans, like Tony Blair at one point, admit a mistake and apologise for it? That is a matter of observation.

Basically, the Americans have realised that they have spent enough money in Afghanistan for two decades, but for geo-strategic reasons, it is not possible to win the war here.

With the Taliban taking power in Afghanistan, a new polarisation has begun in South Asian and Central Asian politics..

After nearly two years of coronavirus outbreaks, much of the Western-backed “war on terror” seems to have faded. The world is now in a battle for just survival.

The “war on terror” framework is no longer functioning as it once was. The whole world is now busy dealing with the coronavirus.

Due to the global pandemic, all countries are now busy with this problem in their own countries.

Leaders are busy saving the lives of their people.

The main issue is to ensure the supply of vaccines to all citizens.

Vaccine-centric geopolitics has begun. Eastern Europe, Latin America, Asia, Russia, and China are pushing for the polarisation of vaccines.

According to an online portal, Covid-19 will be around globally until 2024. However, this is not a definitive study.

As of Jan 4, the total number of deaths from Covid-19 was about 5.5 million and more than 290 million people were infected, according to the World Health Organisation.

The US topped the nationwide death toll, with more than 800,000 people dying from the pandemic.

The whole world is stagnant today because of Covid-19. Any form of normal life seems to be going in the opposite direction.

In the last two years, the belligerent imperialist powers have been busy developing long-term vaccines against the coronavirus instead of developing new weapons.

War and the creation of new weapons are no longer a symbol of national heroism. The symbol of heroism is a durable effective Covid-19 vaccine.

In fact, the whole world is looking for a sustainable and effective vaccine.

The goal is to reduce the mortality rate in one’s own country.

In the course of change, perhaps in the next few decades, a new influential element will appear on the stage of global politics, which will change the existing structure and create a new structure.