Encounters with the deep state 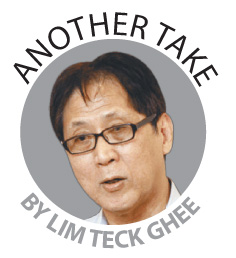 AN earlier article on the state of Malay political dominance discussed the existence of a Malay deep state and its impact on government policy and developments. It was noted that the existence of this deep state was hard to establish or pinpoint because it consists of amorphous groups that operate beneath or behind the political radar.

It also features stake players from high and the highest levels of politics, economy and society who meet informally to strategise on ways to advance the Malay, and increasingly, Islamic agenda – as well as their own agendas.

In the establishment of a multiethnic state following independence there was already a convergence between the two forces – a popularly elected state working relatively openly at the public level and the beginnings of a deep Malay state operating informally and secretively in key aspects of political, economic and socio-cultural life.

At the political level the convergence can be seen in the de jure state’s covert agency and operations carried out by the Special Branch of the Royal Malaysia Police. Originally established by the colonial regime to counter communist insurgency and engage in surveillance of anti-British activities, the SB was a key organ of the post-independent state in monitoring and neutralising perceived threats to the nation’s independence and security during the period of the Emergency and Konfrontasi.

According to its terms of reference, the Special Branch is responsible for collecting and processing intelligence to preserve law and order and maintain Malaysia’s peace and security. This wide mandate provides it with the authority to deal with internal dissent as well as with the external threats the country faced in the 1950s and 60s.

Since that period, Special Branch activities have focused more on monitoring and surveillance of issues, organisations and individuals seen as undermining the government’s hold on power.

Thus its targets have been a motley multiracial group – leftwing radicals, opposition politicians, human rights activists, journalists, academics, trade unionists; and others seen as challenging the authority of the Alliance and Barisan Nasional governments.

Although the Special Branch conducts monitoring and intelligence gathering it does not appear to have the jurisdiction or capability to undertake operational follow-up work. Arrests, detention and punishment as well as propaganda work, rumour mongering and fear baiting reside with other government bodies and channels such as a compliant media and rightwing NGOs.

The heavy duty or rough stuff is outsourced or delegated to specialised units or groups within the larger police force and other agencies. This appears the likely eventuality in the “mysterious” disappearances, and similar unexplained homicide incidents that have caught the public’s attention, including the most recent ones involving Teoh Beng Hock, Ahmad Sarbani, Pastor Raymond Koh and Amri Che Mat.

Over time, with Umno dominance and under the leadership of the home affairs minister, which has been a Malay monopoly position since Merdeka, the Special Branch – as with other strategic government agencies – has evolved to become an agency dedicated to protecting the “national”, that is, Malay interest, whatever these are deemed to be by the prime minister, the home minister and a few of their colleagues.

This racially contorted evolution of the state – accelerated after the May 69 riots – was made clear to me in encounters with the Special Branch and various government agencies.

During my time in Universiti Sains Malaysia and work with the Consumers Association of Penang as its honorary secretary in the 70s and 80s, I first learned of the extensive outreach of the SB’s covert operations when an Australian-based postgraduate student, whom I earlier supervised for his Masters, disclosed that his colleague who was on a government scholarship – and a SB informant – had confided that my name was on the list of dissident academics under surveillance. He had heard of my possible detention and had taken it upon himself to fly back to alert me.

Following that, I was interviewed by Chinese Special Branch officers in connection with CAP’s involvement with the Kuala Juru fishing community in their fight against pollution from the Free Trade Zone factories discharging wastewater into Sungai Juru. In the meetings with these officers whose mission was to collect information on the threat posed by the villagers to the Penang government’s development plans, they were friendly enough to warn of the imminent possibility of my becoming a guest of the government at Kamunting, I also learned that there were various operations of the agency such as those relating to Islamic affairs and certain geographical locations in foreign countries (Patani and Mindanao) that had exclusively Malay staff involvement and which was not open to non-Malay participation or scrutiny.

This feature of racial segmentation in agencies of government – with non-Malay civil servants and politicians basically consigned to the margins or shut out in policy and operational work seen as critical to Malay interests – was subsequently confirmed by my experience when working with the Economic Planning Unit, various other government agencies and the National Economic Consultative Council.

In these bodies, socio-economic material deemed as strategic to the furtherance of Malay interests was made inaccessible; and departments and units in charge of what was perceived to be sensitive facts and figures such as racial distribution data were kept under the control of solely Malay officials.

It was not a surprise to me on return from the World Bank to encounter fierce resistance from the de jure and deep state forces in the research work I undertook and to the findings of the ASLI corporate equity research exercise in particular.

I was fortunate not to have suffered more seriously from the deep state. Some have paid a heavier price. Many others, however, have benefited from it. It would not be stretching the truth to say that every leading politician and civil servant has had acquaintance or has interacted with some element of the Malay dominant deep state in its de jure and other manifestations and variants.

Will or can the nexus between our multiethnic democratic state and the Malay deep state be broken? The continuing bungles and disarray in Pakatan and latest developments in the Teoh Beng Hock investigation and Koh and Amri abductions do not provide comfort.

At the same time the IPCMC and other reforms promised by the Pakatan government provide an opening which we should not leave solely to the elected parliamentarians to determine the course of.

All patriotic Malaysians – especially from our elite – need to find their voice and rally in support of the dreams of a new Malaysia.

Silence is our enemy and the friend of the deep and authoritarian racist state.

This is the sixth article in the series on Malay dominance. Another Take is aimed at demystifying status quo orthodoxy.