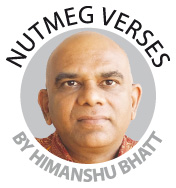 I RECENTLY overheard a friend lamenting about how difficult it is to feed her grandchildren, both under the age of seven, at meal times. The little ones would whimper and fuss, refusing to take a morsel. The only way to get them to eat is usually to let them watch some cartoon or other programme on a mobile tablet.

Many parents and caregivers often just cave in to the demands of such children.

It has become all too common for adults to let their infants be transfixed on a digital gadget even at times when families are supposed to celebrate important occasions together.

The children are left to their own devices, so to speak, as long as they eat what they are given and behave quietly.

Woe to the one who dares remove the gadget from the child.

Almost certainly the adult faces a tenacious rant as the young one most obstinately demands to indulge in his or her companionship with a machine.

Rather than endure a ruckus, the adult usually lets it be, giving the child the privilege to be spoilt by the craving.

Many of us nowadays often witness and even undergo for ourselves such encounters with children.

What we do not realise is that this kind of behaviour among the underaged, even those who are older, common though it may be, is symptomatic of serious addiction.

A recent study conducted by behavioural researchers at the San Francisco State University in the US concluded that compulsive smartphone indulgence is no different than other types of addictive substance use.

There are indications that such stimulation is very similar to how drug addicts crave for their pleasure.

There is an absolute overuse and overdependence on smartphones for instant sensory gratification.

Besides the disturbing reality where children are getting “stoned” at a tender age with digital entertainment, there is also an increasing and widespread trend for adults themselves to be overwhelmingly glued to their mobile applications for non-essential purposes.

Indeed, most of us remain unaware that the apps we are drawn to in our daily lives are strategically designed to hook users as far as possible for every moment that they are awake.

There are enormous and complex marketing schemes at work behind features such as the “likes” and “pings” that the consumer’s senses pander to on a recurrent basis.

The addiction impacts our daily lives in disturbing ways.

Children and youths are known to become mentally isolated and withdrawn from healthy social interaction, even suffering restlessness and getting unfocussed when kept away from digital activity for short periods.

Even older adults have been observed to become aloof at gatherings of friends or relatives as they let their attention get distracted by the virtually never-ending flow of messages and games on their phones.

An entire family may be under one house, or even one room, but each member gets excessively caged into his or her own world, oblivious to the company of others.

Added to this problem are other prevalent social media ills.

We have not even touched on the dangers of cyber-bullying, online scams, romantic deceit and pornography that some users fall victim to.

If there is any doubt that this is a critical issue in our society, especially when it comes to our young ones, take note that Unicef, the arm of the United Nations dedicated to the global welfare of children, has issued a major report on the threat of digital addiction.

Despite massive online usage, too little is done to protect children from the perils of the digital world and to increase their access to safe online content, the report warned.

Titled State of the World’s Children 2017: Children in a Digital World, it presents a good deal of data and analyses while exploring possible effects of screen time on brain development.

“The internet was designed for adults, but it is increasingly used by children and young people – and digital technology increasingly affects their lives and futures,” said Unicef executive director Anthony Lake in 2017.

Interestingly, a movement has emerged to promote “digital detox” where users are urged to stay away from being hooked online.

Above all, it is all about emphasising on moderation.

Encourage people to take time off from their gadgets, enjoy the outdoors, read books and engage in more face-to-face human interactions.

It is high time the authorities and society at large undertake serious awareness campaigns to minimise the negative effects of this most unwanted side of the IT era, lest we virtually breed a generation of digital “zombies” in the near future.

Himanshu is a veteran journalist and theatre practitioner. Comments: letters@thesundaily.com