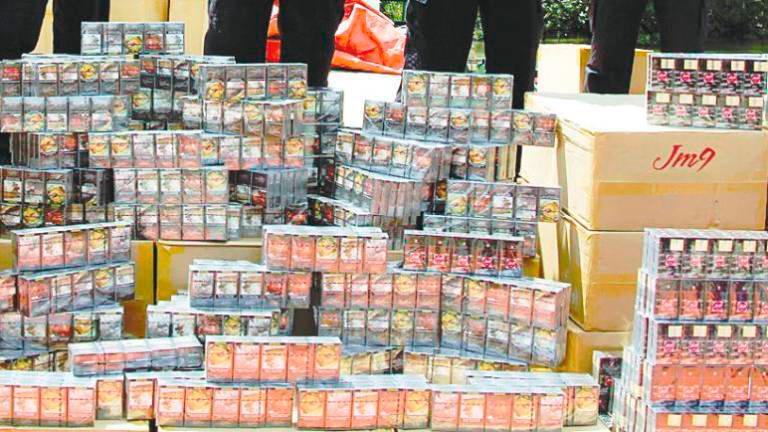 Budget 2021 is seen as the first step in a long process of correcting Malaysia’s previous approach to tackling illicit tobacco.

Illicit tobacco is a problem which has been plaguing Malaysia for a long time and forms a key part of the shadow economy.

The shadow economy, estimated to be 18.2% of Malaysia’s GDP – or approximately RM275 billion in value – needs to be addressed as the nation loses significant amounts of tax revenue.

Based on the government’s tax revenue as a percentage of nominal GDP of about 11%, this translates to RM30 billion, according to the latest data.

As a percentage of government revenue of RM236.9 billion, as disclosed in Budget 2021, this translates to approximately 12.7%. This is not a small sum to be ignored.

For the tobacco industry, Budget 2021 has correctly addressed some of the issues faced by the industry and this includes the freezing of issuances of new cigarette import licences and having dedicated ports through ISO containers for trans-shipment activities.

These measures are indeed a welcome relief for the industry as these are seen as low hanging fruit to tackle the ever-rising trend of illicit trade.

With the measures announced, it is hoped the government will be able to more effectively tackle issues related to illicit trade and provide a level-playing field for current law-abiding tobacco players.

However, to classify the sale of cigarette and tobacco products sold at all duty free islands and free zones as taxable goods is seen as counter-productive as these impact these localities losing their “attractiveness” to tourists who flock to these tourist destinations.

In addition, the finance minister was seen as targeting tobacco and cigarettes while liquor was not on the list of taxable goods for these outlets. Is there a reason why this was not the case?

Duty free islands and free zones are tourist destinations, and in the era of Covid-19 businesses that are involved have already been severely hit.

It doesn’t make sense that we should add salt to their wounds by imposing a tax on these items.

It not only affects tourism-related activities at these localities, but other spill-over effects as well which include illicit trades that could strive to take advantage of the tax loophole.

As it is, the illicit tobacco market today accounts for 65% of the overall tobacco market and if efforts are not made to reduce or narrow the unprecedented rise in illicit trade, Malaysia risks being condemned for being a hot bed for illicit activities.

So, the question is what else can the government do in its next move to reverse the ever-rising trend of illicit trade?

To answer that question, we need to go back in time to understand what transpired between 2013-2015 when excise duties were raised by as much as 40% causing a significant jump in retail cigarette prices.

This was connected to the issue of affordability as high prices caused demand for illicit products to increase, mainly due to the more than 200% price differential between legal premium brands and smuggled illicit alternatives.

It’s clear premium brands and even value brands, that are marketed legally, lose out to illicit cigarettes at the price point alone.

As a result, it has incentivised the peddling of smuggled cigarettes to the extent that in a space of six years the illegal market jumped 31 percentage points from 34% in 2014 to 65% in 2020.

Affordability is also an issue directly linked to the income of society as the demographics of smokers are dominated by the lower income and blue collar workers.

Malaysia’s current Poverty Line Income (PLI) per month is at RM2,208 for 2019 and some 5.6% households fall into this category while our Relative PLI is at RM2,937 per month.

With such high concentration in expenditure for people on low incomes, it’s natural that consumers will demand a lower priced product from the market. And no wonder people are tempted to buy if they are cheaper or even one-third of the cost.

Although Budget 2021 made no mention about the current high excise duties, the government should re-look at the duty structure in Malaysia for the sector.

The foregone tax revenue to the government from illicit tobacco, estimated to be RM5 billion per annum, is too large to be ignored and must be addressed.

A lower duty structure will narrow the differential in prices between the fully paid taxes on supplied goods and those that are smuggled and sold by organised criminals.

In addition, the government needs to step up enforcement activities as well, especially at the source of supply.

As they say, if there is no supply, there can’t be a demand. After all, the selling of goods without paying excise duties is an offence under the law. It is time for action and the time is now.

Pankaj Kumar is an investment and economic analyst. Comments: letters@thesundaily.com