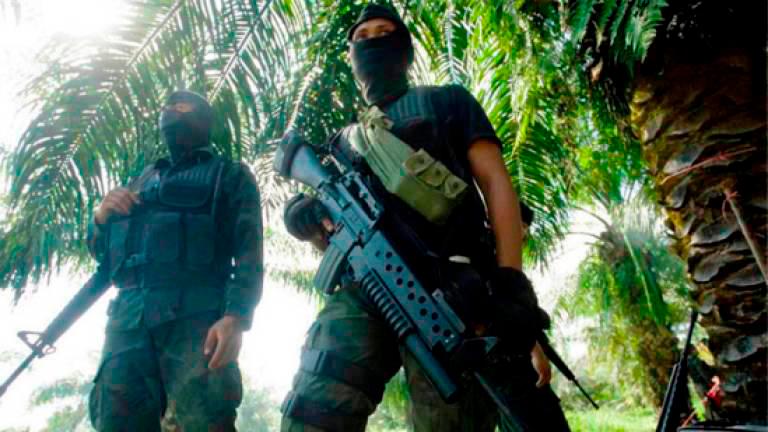 THERE are legal and physical dimensions of Malaysia’s battle against the so-called and now-defunct Sulu Sultanate claimants (“Sulu Claimants”). To begin with, there are at least five fundamental flaws in the claimants’ position and stance as explained below:

In actuality, Malaysia could have presented the case long ago, that it has no legal obligations to continue making the cessation payments to the Sulu Claimants. This is on the basis the deal was initially between the British North Borneo Company and later with the British government in 1946, and does not involve the newly-formed Malaysian Federation.

Most importantly, the people in the territories claimed to be historically under the Sulu Sultanate i.e. the Sabahans had invoked their right to self-determination by voting to join the Federation of Malaya in 1963.

Thus, both Sabahans and the Philippines governments recognised Sabah as part of Malaysia. Despite these events, Malaysia assumed responsibility as the successor-in-title to the British government, and continued to make the annual payments without fail.

It may have been a strategic mistake on the part of Malaysia, but the fact remains that Malaysia could have just brushed it off, but it did not.

2. No moral or legal grounds for territorial reclamation

There are no grounds for Sulu Claimants to forcibly claim back any lands they had given up as the initial deal was that of cessation, not a lease or rent of its claimed historical and disputed territories.

As reported by former attorney-general, Tan Sri Tommy Thomas, the 1878 Grant between then Sultan of Sulu and the British North Borneo Company clearly states the perpetual cessation of north Borneo (now Sabah) of their own “free and sovereign will”, including all rights and powers in these territories and lands, for an agreed compensation, worth initially US$5,000 per annum.

The Sultan of Sulu signed the Confirmation Deed of 1903, also known as “Confirmation of cession of certain islands”, which does not mention any form of leasing of the land – removing any linguistic or translational ambiguity – and clarifying it as a complete cessation to British North Borneo Company.

Hence, there are no grounds to take back these ceded territories – what more through outright armed invasion. This makes the claimed 1899 Kiram-Bates Treaty, which reportedly includes the claim or interpretation of Sabah to be under lease to the British North Borneo Company, to be null and void as the 1878 Grant came into force earlier.

Even if chronologically the Confirmation of Deed by the Sultan of Sulu was done in 1903, this could be seen as merely an extension or an addendum to the 1878 Grant. When both of these agreements are read together, they are irrefutable and clear.

Trying all possible legal avenues, Sulu Claimants have been reported to invoke the provisions of the claimed Carpenter-Kiram 1915 agreement, which could entail US support and protection of the Sulu Sultanate on matters regarding North Borneo.

How can the Sulu Sultanate sign deals with other nations to protect territories they already ceded to another nation earlier?

Even if the Sulu Claimants try to wiggle their way out of the 1878 Grant by invoking the clause that “... the rights and privileges conferred by this Grant shall never be transferred to any other nation or company of foreign nationality without the sanction of Her Britannic Majesty’s government first being obtained”, the Sulu Claimants cannot deny that Malaysia is the successor-in-title to the British government.

Denying this would contradict their acceptance of the cessation money from Malaysia for 50 years.

Despite five decades of continuous payments and having no legally justifiable grounds for territorial reclamation, the self-proclaimed heirs of the sultanate allegedly influenced (if not directly instructed) its followers to invade the sovereign land of Malaysia, culminating in the Lahad Datu invasion in 2013.

Thus, the Sulu Claimants have more than disqualified themselves (beyond legal or moral rights) to cessation payments.

Investigative strategy in courts would be to document the linkage between the 2013 Lahad Datu invaders with the Sulu Claimants.

Malaysia ceased to make further payments in 2013, which happened after the resolution of the failed Lahad Datu invasion. It was not formally stated that the two events are linked or that it was the reason behind the discontinuation of the cessation payments, at least not in public spaces.

The mistake of the Malaysian government at that time was to not officially link the Lahad Datu invaders to the Sulu Claimants.

The eight self-proclaimed heirs of the Sulu Sultanate who reportedly initiated international arbitration proceedings all have Kiram in their names, aside from one person with an initial K; and there have been many global reports and from the Philippines media that reported quotes or statements by the Kiram family relating to the Lahad Datu invasion operations.

There should be clear motive and consistency in various sources which could be presented to prove the linkage beyond any reasonable doubt in a court of law.

5. Claims limited only to cessation payments

The 1878 Grant clearly outlines the perpetual cessation of north Borneo, including all the rights and powers in these territories and lands, for an agreed compensation.

If Malaysia is to entertain their claims even in the backdrop of a good payment track record, that was instead reciprocated with an invasion of Malaysia’s sovereign lands, it is only limited to the cessation payments.

As reported by Tommy Thomas, in 2019 Malaysia offered via a written letter to the Sulu Claimants to pay the cessation payments from 2013 to 2019, including interest, a total sum of RM48,230.

Not only was the considerate offer rejected but the Sulu Claimants were reported to be pursuing claims of “actual value of the territory, in light of the unanticipated discovery and development of certain substantial natural resources.”

Note again that the 1878 Grant clearly states “all the rights and powers in these territories and lands, and this extends to any and all natural resources that are in the territory.”

These original agreements state nothing about the “actual value” of the lands they ceded. Any claims regarding Petronas or other assets or any other resources have nothing to do with the agreement.

It is clear that the Sulu Claimants are probably under advice by their legal counsel and/or under commercial pressure by litigation sponsors (Therium) to generate profits, and are making these ridiculous and outrageous claims, as well as rewriting history.

This is economic colonisation through legal imperialism, masked by the virtues of justice, driven by commercial and personal greed and madness.

Ameen Kamal is the Head of Science and Technology at EMIR Research, an independent think tank focused on strategic policy recommendations based on rigorous research. Comments: letters@thesundaily.com