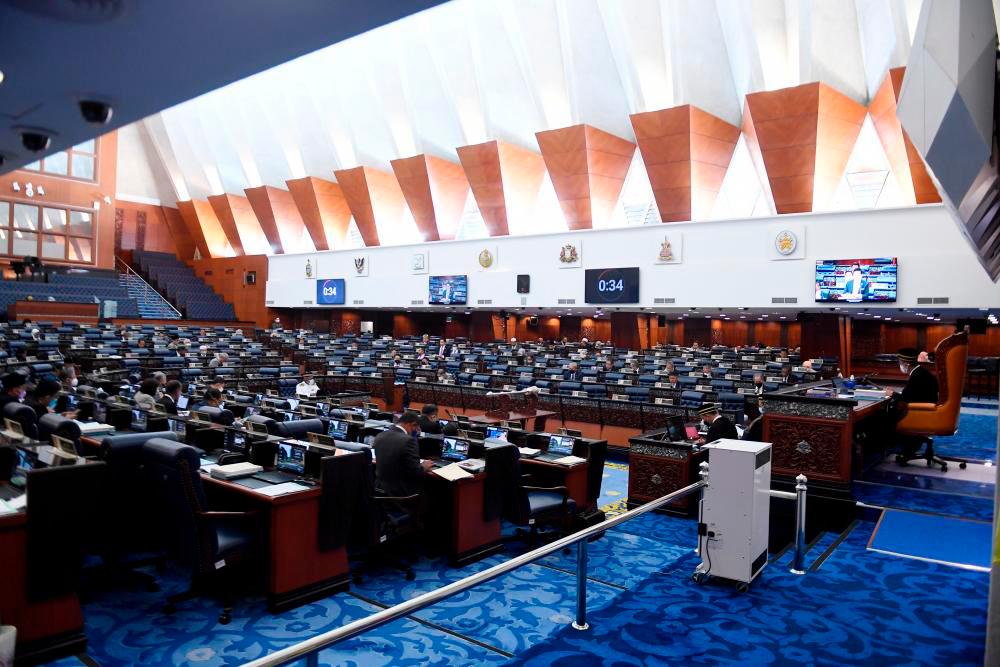 WITH a unity government in place, it is now up to the fragmented electorate to find a common ground upon which the people can stand together in all their diversities. Contrary to popular assumption, economic concerns do not provide a common ground as the 15th general election (GE15) has shown that voters care less for money and more for their emotions.

At every ceramah, politicians sent the crowd on an emotional high by stoking fear that the enemy was at the gates and must be vanquished so that you can have the Malaysia you desire. At no ceramah was there a debate on the rival economic packages highlighted in the manifestos of every coalition.

In retrospect, the GE15 campaign has been a missed opportunity to heal the deep fissures in our society by focusing the rakyat’s attention on the growing evidence that Earth is turning inhospitable for human life. This is the common ground – a pressing quest for integration of the economy and ecology. Without ecology there is no economy, because all life depends on the earth’s resources. To let the climate deteriorate further is to wreck the economy.

But ask the politicians about climate change, and they will answer dismissively that it is just a set of devastating natural occurrences that can be managed with reduction of carbon emissions, switch to solar panels and planting of trees. However, these are merely behavioural changes that slow down but do not stop climate deterioration.

What is needed on top of behavioural changes is systemic change that requires human society to undergo a definitive restructuring so that it becomes nature compliant instead of nature defiant. Climate change is not a change of weather, it is a funeral parade in the making. No other lifeforms but humans destroy other species, chop down forests, poison rivers, ravage the earth and pollute the air.

We commit actions that destroy the environment because we are nature defiant, and have misconstrued the teachings of scripture. Religious teachers interpret scriptural verses on creation in such anthropocentric manner as to get us believing that God has created nature to put it at the service of humanity. We are to reign supreme over nature, which is just a machine with all its parts created by God, so the preachers claim.

But a careful enlightened reading of the scriptures of all religions show that nature is not a creation of God. Nature is the hand of God, metaphorically speaking. When scriptures assert that God is One without a second, they are saying that there is only one reality. There is nothing else but God and Its manifestation as nature. God is in the stone, but the stone is not God.

The force that creates all things on Earth is nature as the manifestation of God. The Rule of Nature is the supreme law and the Book of Nature is the omnipresent scripture – the only scripture that has existed on Earth since its beginning and is everywhere present.

There are three great natural laws that society must obey to be nature compliant:

Diversity. Without it there is no existence. Diversity is fundamental because the base material of the universe is just emptiness. From emptiness, you get the atoms which comprise mostly empty space. Scientists probing the sub-atomic particles have found them to be just as empty as the atom itself. From emptiness you get form, and the way nature keeps the show going is to have a ceaseless parade of myriad diverse forms. The moment the parade ends, the universe vanishes.

This is why you find diversity everywhere in nature. No single form is supreme across its class, because all forms are transient – with a beginning and, hence, an end – including cultures, ethnicities and religions. Malaysia had an early start in diversity politics, but veered towards losing this essential feature at GE15. Rejection of diversity led one election campaigner to declare that he wanted to slaughter the infidels or the fantasised enemies of his religion.

In another instance, a youth leader at a ceramah condemned opponents of his party to hell, unmindful of the remark that United Nations Secretary-General Antonio Guterres made early this month at a climate conference: “We are on a highway to climate hell with our foot on the accelerator.” This is the real hell we are heading towards, whatever our religion. “Humanity has a choice: Cooperate or perish,” Antonio warned.

Collaboration. Watching videos that show predators eating prey, we are misled into thinking that nature is all a tooth-and-nail fight to the death. But naturalists have amassed convincing evidence that competition and cooperation exist as complementary aspects. Both are subsumed under a higher law of collaboration wherein species develop synergistic relationships to maintain ecosystem vibrancy.

Many nations have one religion in an official position – be it Christianity, Islam, Judaism, Hinduism or Buddhism – but leadership is contextual and does not confer world supremacy. Any religion playing a lead role is in an elder position, and should encourage all religions in the nation to collaborate so as to establish a common ground for integration of the economy and ecology. An elder who leads and not lords it over others earns the highest respect and deference towards his authority.

Universality. To understand what universality means, watch the FIFA World Cup now going on. When Salem Al-Dawsari of Saudi Arabia curled a winner in the 53rd minute of the match against Argentina, all eight billion people on Earth were technically able to see it happen the moment it happened. Live satellite coverage has made the World Cup a universal game.

The law of universality requires any fundamental ingredient to be omnipresent. Water is one example. As it is essential for life, water is one of the most abundant molecules in the universe. A fundamental religious teaching is one that is contained in the scriptures of all religions. Unselfish, unconditional love (known as “agape” in Christianity and “metta” in Buddhism) is an example of a fundamental and universal teaching that predates civilisation. It has been practised by hunter-gatherer tribes for 300,000 years.

It is on the base of these universal values that all religions can unite and find a common ground, shedding their claims to world supremacy. The catalyst for switching from a supremacist to a universalist way of thinking is climate change. Do not forgo this last chance as nature is the only power capable of uniting all the diverse elements in our nation.