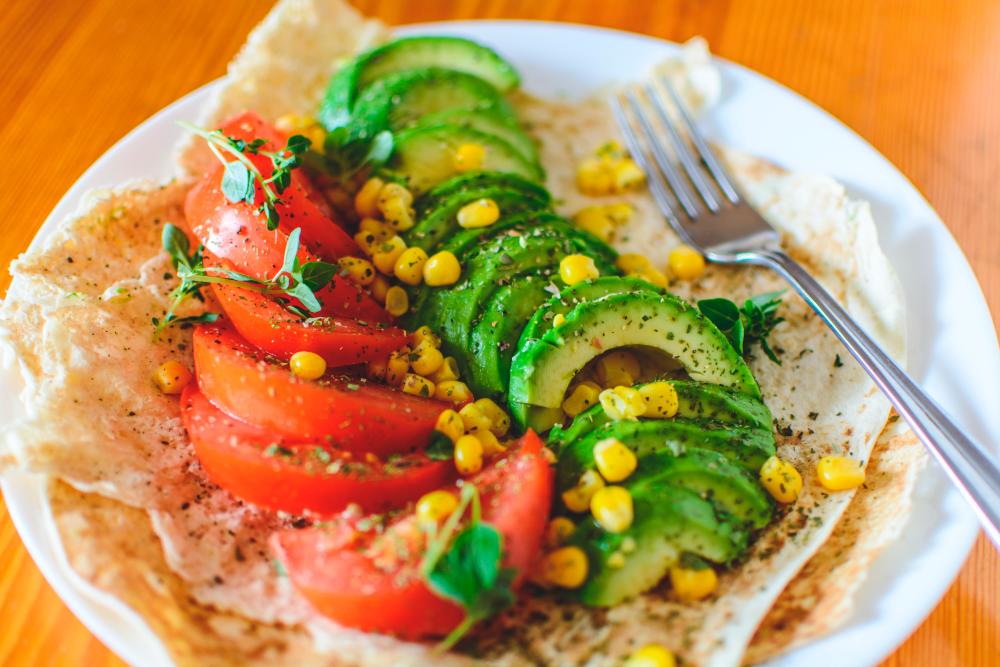 ABOUT 40 years ago, I moved from Malacca to Kuala Lumpur. Since I have been a vegetarian from birth, I was looking out for Chinese vegetarian restaurants. At that time, there was only one restaurant at Jalan Bandar. I used to go there once a week with my girlfriend at that time, now my wife, as sometimes we got bored with eating Indian food. Today, there are no less than 2,000 outlets serving Chinese vegetarian food all over Malaysia.

Getting vegetarian food those days was a nightmare when you are travelling overseas, especially in Western countries. It takes a while to explain to the waiters as to what you can and cannot consume. I remember we used to pack food that could last a few days and took dehydrated “chapatis” during our travels in order to fill our tummies.

The surge in numbers of the vegetarian population over the last 20 years, coupled with the rise in the number of health-conscious consumers, have driven the demand for vegetarian restaurants and health-related products. Today, there is absolutely no problem in obtaining vegetarian food almost anywhere in the world. I was in Shanghai a few years ago and was able to easily locate vegetarian restaurants over there.

The plant-based food space is set to grow fast in coming years. It is expected that a wide range of manufacturers and ingredient companies will further develop niche categories, such as cheese or dairy replacements. Other areas with potential include vegan confectionery and baked goods. One local example is Madam Sunthari of Mom’s Food Products, who used to bake premium fruit cakes. Due to the demand from her customers, she had no choice but to start a new range of vegan fruit cakes, which has been very popular with her customers.

Food chains, fine dining restaurants and food manufacturers are launching new products and vegan food recipes, keeping in mind the growing demand in the market. Vegan food recipes, composed of pumpkin, avocado and other healthy ingredients, have been launched in the market to attract health-conscious consumers who intend to experience new tasty and healthy food.

As we enter a new decade, and an era of growing environmental and health awareness, introducing vegan alternatives can be a good way for food retailers to lure increasingly mindful consumers into buying their products.

A desire to consume ethically-sourced produce has been a major factor among consumers looking to change their dietary lifestyle, with organisations like the Malaysian Vegetarian Society emphasising on how the mass consumption of meat is putting a strain on the environment.

Vegan and plant-based foods are the fastest-growing category of foods that people are ordering, according to leading food delivery companies in the US, Canada and the UK.

The planet’s ever-growing population could also tip the scales in favour of plant-based eating as resources become more scarce. The production of meat and dairy products requires significantly more resources than plant-based foods, including water, land use and crops. Experts have warned that our current food system will not be able to support the world’s snowballing population.

Increase in obesity rates all over the world, growth in health problems such as heart diseases, high blood pressure, diabetes, asthma and others have uplifted the overall health-consciousness among consumers. This has resulted in the increase in demand for different types of healthy food products, including vegan food products, especially with the surge of the vegan population around the globe, specifically in developed regions such as North America and Europe.

Animal farming has also been blamed for significant deforestation, air and water pollution and biodiversity loss. An increase in the concern about the environment among the population is also driving growth of the vegan market. Rearing and breeding of livestock such as pigs, hens, cows, goats in farms contribute to greenhouse effect. The demand for animal meat requires excess practice of animal farming. Thus, increase in the number of consumers for vegan food, eliminates the demand for excessive animal farming, following a decrease in emission of greenhouse gases in the environment.

The outbreak of the Covid-19 pandemic significantly impacted the dietary behaviour of consumers due to rising concerns about zoonotic infections. Health and wellness became the two crucial factors contributing to their shift in purchase patterns, causing a rise in the sales of vegan products in the global market. Furthermore, e-commerce platforms for selling food products also grew during that period. Delivery services also saw a surge in vegan food delivery during the pandemic, owing to a high number of people adopting a healthy lifestyle while working from home.

As consumers lead sedentary lifestyles, people suffer from health complications such as obesity and cardiovascular diseases. Adoption of a vegan diet helps reduce weight, improves blood flow and reduces the chance of cardiovascular diseases. A study published in JAMA Internal Medicine Journal states that people who adopt a vegan lifestyle have higher life expectancy than those who adopt a meat-based diet. As vegan-based diet is rich in fibre, adopting such diets also helps improve the body’s metabolism.

One of the trends in the vegan market is the production of meat through cell-based technology. The cell-by-cell identical meat is produced in factories without involving the killing of animals. Production of cell-based meat involves feeding the animal cells with nutrients and proteins thus, eliminating the need for dependence on animals for meat. While those like my family would shun eating cell-based meat, flexitarians or environmentalist would not mind consuming these once in a while.

Growing acceptance of vegan products among the younger population contributes to market growth. This factor has prompted companies to innovate and launch new products in the market. Different styles and varieties of products are launched to attract new consumers and to provide unique experiences to them.

Nestle is the largest food and beverage company in the world, and also the world’s largest producer of dairy products. The multinational corporation has had its sights set on plant-based dairy and meat products. Last year, the company launched its pioneering RM150 million plant-based meal solutions manufacturing facility in Shah Alam, the group’s first in Asean and one of only two in Asia. It has developed an exciting range of new products like burger patty, stir fry mince and schnitzel under the Harvest Gourmet brand.

A ground-breaking new report has predicted that the plant-based food market will exceed US$162 billion (RM683 billion) within the next decade. A growing preference for sustainable, healthier foods is pushing the movement. Major plant-based meat and dairy brands like Beyond Meat, Impossible Foods and Oatly are driving some of this growth. Their partnerships with restaurants, fast-food chains and global food manufacturers are making vegan options more accessible to the masses.

Additionally, the collaborations are challenging stereotypes around plant-based food. In January 2022, Burger King became the first fast-food chain in the UK to launch vegan chicken nuggets. Many of the major brand’s products are already in Malaysia, currently being used in restaurants, that are feeling the consumer pressure to adapt to the growing trend for veganism.

According to a report from Credit Suisse, it sees a strong growth potential for alternative animal-protein products and estimate that the market for alternative meat and dairy could grow from US$14 billion currently to US$1.4 trillion by 2050. There could thus be many interesting investment opportunities in this space in coming years.

However, one of the main barriers for adoption remains the price as the plant-based offering is significantly more expensive than its animal-based counterparts. Vegan food manufacturers in the region are competing to innovate and launch new products to bring down the price of the products and improve their overall quality.

Retailers should see that the plant-based food market will explode globally over the next few years. In view of that, the Malaysian Vegetarian Society would like to see that supermarkets reserve specific shelf space for vegan type of food products with proper labelling, and making them accessible for consumers.

The Malaysian Vegetarian Society is producing a booklet on guidelines for restaurants that want to offer vegetarian or vegan options in their menu. Basically, the guidelines will educate chefs or waiters as to what to include or exclude when preparing a vegan or vegetarian meal for their customers. All those keen to have a copy can email to rks9009@gmail.com.